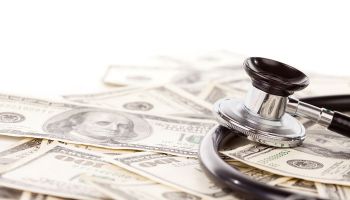 Fifth Third Bancorp is looking to the high-margin M&A business to bolster its fee revenues and expand its product offerings in the healthcare space, the company's largest commercial banking vertical.

Fifth Third in February announced the purchase of Coker Capital Advisors, an M&A advisory shop focused on the healthcare sector. Rob Schipper, Fifth Third's head of investment banking, noted that the company has been providing healthcare clients with a number of offerings including capital markets and treasury services. The bank did not, however, have an M&A team dedicated to covering the space.

Fifth Third has M&A coverage of other sectors such as diversified industrials, consumer and retail, along with business and technology-enabled services. Schipper believes it is necessary to have a team dedicated to the healthcare space in order to have success in M&A within the sector.

"You need that industry specialization to compete and give the right value to your clients," he said in an interview.

The acquisition of Coker adds 14 professionals, including five managing directors, to Fifth Third's investment banking team, which now has more than 40 individuals. In the past, Fifth Third has added M&A personnel through liftouts; the deal for Coker marks Fifth Third's first acquisition of an M&A advisory shop.

Fifth Third believed an acquisition made sense in this case because, Schipper said, scale is important when covering healthcare and building a sizable team through hiring would have taken a long time, Schipper said. "The scale that Coker provided allowed us to be very relevant," Schipper said.

Schipper said he initiated the conversations with Coker, and the early talks centered around growth plans for each company. "It evolved into something more than that," Schipper said.

Coker managing director Bo Hinton noted that the two sides discussed working out a partnership agreement as opposed to a sale, but the two sides ultimately decided that an acquisition that would leverage the expertise and product offerings of both companies was in the best interest of clients.

"We felt like we could better serve the client being collectively part of one team," Hinton said in an interview.

Coker tends to advise on transactions with a enterprise values below $1 billion and covers multiple parts of the healthcare industry. In recent years, the company has been particularly active in the physician services area, said Coker managing director McNeill Wester.

Wester noted that physicians have been looking to join bigger practices because they are finding that scale helps them deal with increased compliance measures and billing pressure. "The demands on managing the business side has gone up so much it has driven a lot of consolidation," he said in an interview.

Areas that Coker does not focus include life sciences and early stage venture-type work. Wester said Coker has developed relationships with buyers and investors that tend to have interest in mature businesses.

By combining with Fifth Third, Wester believes the Coker team will have exposure to more healthcare companies, and that can lead to increased potential investing or buying opportunities for the company's clients. Schipper noted that adding the M&A capabilities allows Fifth Third to offer more client services and increase its capture of financial advisory fees.

"It's important to grow that fee revenue," Schipper said.