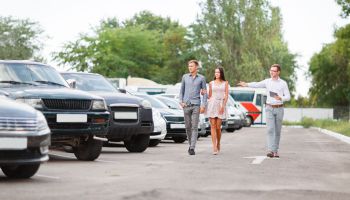 More car buyers will be looking into used models as a surge of vehicles comes off three-year leases in 2018.

Sales of new autos fell 1.9% in 2017, and sales of used vehicles rose by an almost equal amount—1.5%—according to an analysis by Equifax. The shift appears to be the result of trends in auto leasing that have created additional attractive buying opportunities for consumers among vehicles coming off lease.

Gunnar Blix, deputy chief economist at Equifax, says the trend in auto sales in recent years saw figures top out in 2016 at 17.5 million light vehicles, with the figure dropping to 17.2 million in 2017. Equifax expects this trend to continue in 2018. He says the drop came after three very healthy years of new auto sales.

“As long as the economy continues to be strong, there are a lot of cars on the road that will need to be replaced,” says Blix. And so he expects demand for vehicles and for vehicle financing to remain strong. However, with sales expected to continue ticking down, leasing will also likely see a decrease.

Blix says that leases of three years have settled out as the “sweet spot” for that method of financing. He says a key reason is that a three-year term results in a more manageable monthly payment. Equifax found that 70.8% of auto leases made in 2017 were in the range of three years—26 to 37 months. Two-year leases and leases longer than the three-year range became less common in 2017.

“Consumers are very payment-oriented,” Blix explains. “They don’t tend to look so much at the total amount.” This can favor leasing—as well as longer-and-longer loan terms. Blix explains that captive auto financing companies tend to set the market for leasing terms, in order to help move product off car lots. Equifax research indicates that the share of captives’ portfolios devoted to leasing has moved from 28% to almost 40% in 2017.

While the cars coming off-lease now are older than previously, they tend to be in better shape these days and represent a good value for the used-car buyer.

“Cars are more expensive, but they last longer,” he explains. Average vehicle life runs about 11 years.

Blix says that auto financing has not seen the fintech disruption that other forms of consumer credit have experienced. Marketplace lending has been much more active in credit card consolidation, for example. In the auto area, he continues, disruption has come more in the means of shopping for vehicles. Today’s auto buyer has likely done much of their comparison shopping and other research online, long before going near a dealership. This shortens the time spent in the dealer’s finance department, as the consumer has already fixed many numbers in their mind.

Amid these trends, banks’ participation in auto lending has been reduced in the face of low-rate competition from captive finance companies and credit unions. Banks’ share of auto loan originations fell from 39.2% in the fourth quarter of 2016 to 33.9% in the last quarter of 2017—a drop of 13.5%.

Blix says some banks have pulled out of the market completely, while others have halted certain activities. He points out, for example, that all categories of lender have pulled back on their subprime auto lending activity. Most subprime auto today is done by captive lenders, he adds, and even they are pulling back.