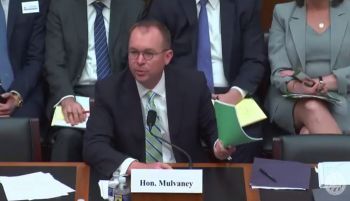 Mulvaney spoke in unscripted remarks before the American Bankers Association Government Relations Summit yesterday that left absolutely no doubt what’s going on at the Bureau.

He went so far as to say that “CFPB” wasn’t the right moniker, because the Dodd-Frank Act refers to a “Bureau of Consumer Financial Protection.” The bureau’s website is sporadically and not uniformly beginning to change its usage. (The bureau introduced a new seal on March 30, reflecting the BCFP name.) 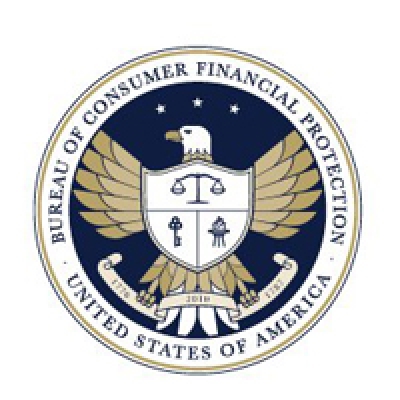 The new seal, and the new [or original] name, for the CFPB.

Mulvaney said that he met with a group of state attorneys general. He was accused of politicizing the bureau director’s post.

“Every single one of these AGs ran for office,” said Mulvaney, head of the Office of Management and Budget and a former congressman. “And they ran for office under the premise, ‘If you vote for me, I will do something different than the other person on the ballot, and I think it’s better than the other person on the ballot, so please vote for me. Is that politicizing or is that just what we do with elections?”

In a portion of his speech that’s attracted much media attention, Mulvaney commented on the summit attendees’ coming visits up to Capitol Hill.

He remarked that when he was a congressman, lobbyists whose organizations made no contributions to him weren’t seen. He would only see representatives of groups who made contributions. Mulvaney followed these remarks with the statement that he would always see constituents, whether they made contributions or not.

“People coming from back home, to tell people in Congress what issues are important to them, is one of the fundamental underpinnings of our representative democracy,” Mulvaney said.

From his initial budget for CFPB to his strategic plan for the bureau to recent testimony to both the House and Senate, Mulvaney has made it clear that “there’s a new sheriff in town” at the bureau. There’s some irony in that, as the bureau, coming into existence in the wake of the financial crisis, the Great Recession, and the consumer financial abuse that took place, was frequently described as “the new cop on the beat.”

According to a transcript of Mulvaney’s remarks, provided by the bureau’s press office, he was interrupted by laughter or applause from the bankers nearly two dozen times. Predictably, as he was often making points that ABA and other banking groups have made or supported.

“We’re Elizabeth Warren’s brainchild,” said Mulvaney at one of these points, “and we have to get away from that, if we’re going to be taken seriously by the industry, if we’re going to say something.” He said he believes the bureau has to move beyond being seen as controlled by a particular ideology.

Mulvaney said this in the context of comparing the young bureau’s history and perception to that of older financial regulators, such as the Federal Reserve, the Comptroller’s Office, FDIC, and the Securities and Exchange Commission. Senator Warren, a Harvard law school professor and a democrat, conceived the bureau and played a role in getting the agency established after it was included in the Dodd-Frank Act, prior to her election to the Senate.

In the course of his remarks Mulvaney mixed commentary on Richard Cordray’s performance as director as well as indications of specific plans he has. Among his points:

• Change seen for Consumer Complaint Database. The beginnings of this public website went up in mid-2011 and bankers have disliked it in part because postings name names and are not vetted prior to publication. The database is searchable and downloadable. To date, the bureau has received 1.5 million consumer complaints—over 320,000 in 2017 alone. The database is the subject of the twelfth “request for information” (April 11) that Mulvaney has issued since launching his revamp of CFPB.

In his remarks Mulvaney made references to the actual language of the Dodd-Frank Act, which required establishment of a database.

The existence of the database, which includes only complaints made against banking institutions under direct CFPB supervision as well as certain covered nonbanks, played a part in convincing banks of all sizes to beef up their internal complaints handling and analytical and remediation processes.

“Any time the bureaucracy comes out and says, ‘Please limit my authority. Please limit my power. Please increase my oversight,’ you should probably take that seriously and I hope that Congress does,” said Mulvaney.

Similarly, Mulvaney noted that he has asked that the bureau be subject to the congressional appropriations process, rather than being allowed to draw funds from the Federal Reserve.

• Pursuing true bad actors. “There are still bad actors,” said Mulvaney. “There are. There just are. It’s human nature, probably. There are folks who are misbehaving. I see it every single day, and we are going to pursue them, with vigor and to the full extent of the law.”

But Mulvaney also targeted the bureau’s frequently criticized revisionist enforcement. He said that going after bad actors did not mean that “just because we don’t like you, what you do is illegal.” He said that attitude, and the practice of suing providers for offering products that previous regulators had allowed them to offer, was “wrong, and it’s going to stop with my leadership.”

Bankers have often complained about bureau policymaking via enforcement order. Said Mulvaney: “We should try and figure out a way to let you know what the law is to allow you to function within the law, so that if you break the law, we know, without reservation, that you knew what the law was and you broke the law, and, therefore, we can, without reservation, enforce the law against you.”