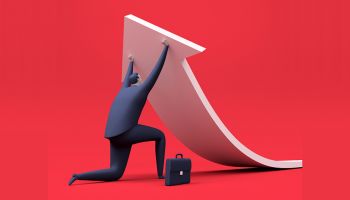 A midsize bank was recently in an unenviable position of declining in market share that would continue if major change does not take place at the company. The new CEO showed new energy and was bold enough to mention that change is necessary for the company to grow.

Banking Exchange noticed three ways in which the bank missed out on executing a successful change, and suggests four ways that the bank can improve. We do not reveal the true name of the bank (use the name MIDSIZE BANK INSTEAD).

Bad Use of Outside Consultants

Midsize Bank faced a number of barriers to change.  Skepticism seemed to be widespread due to previous attempts at change and failures to make a difference. Additionally, the skepticism was probably fueled by a pattern of using consultants that do not stay to see the change through. An outside consultant came in and gave a speech, gave out flyers and left without receiving any input from middle management. The consultant, at best, used directive leadership without engaging the banks’ management in dialogue regarding what is really needed.  No effort was made to make management feel committed or take ownership of the situation.

Secondly, the Midsize Bank’s various divisions had been criticized by the CEO for not working in a collaborative way that would help each department grow.  Unfortunately, when the CEO chose a team to come up with a new innovative way to work, he chose one department that he felt was the most important to lay out, share and test ideas for growth.  This led to a myopic plan for change that did not seek input from other stakeholders.

Strong Signal that Management Was Not Committed to Change

Lastly, the CEO added an additional barrier to change by breaking down trust in his word and in the process.  After stating how important it was to listen to the proposal, the CEO left before the presentation signaling that he was not at all committed to the plan and that his words were just words.   This action helped affirm the other barriers as well, as those in the company that were cynical had their perspective confirmed and had the potential of joining others in their cynicism.  The workers that were really committed to change were deflated, as the other stakeholders were more free to criticize the plan for change without the CEO in the room and had good reason to because there was an incomplete assessment of the problem, and subsequently a lack of legitimate answers to create effective change. Everyone was left with the impression that it was unlikely that management had the willpower to impose whatever change was proposed.

MIDSIZE BANK can do a number of things that will help win the employees over so that transformational leadership is effective and change can take place.  The first step would be to step back and make a thorough diagnosis of the problem.  The process should include speaking to all of the major stakeholders in each department, and assess each need.

Clear Commitment from the Top

Secondly, the CEO needs to be more persuasive in showing how major change is necessary.  The CEO needs to be clear of what position the company is in, and communicate what a mistake it would be to keep things as the status quo.  He can do this while at the same time still reaffirming the great history of the company.

Create a Diverse Team of Stakeholders

This time around, the CEO should develop a collaborative group of stakeholders to assess the barriers to change and the solutions.  The stakeholders need to be a true reflection of the various divisions of the bank, be crucial for buy in for change and should work to form a collective interest in executing the plan.  The CEO and the team need to be sure that the employees can identify with the change and will be won over in order to execute the change with a high level of energy.   At some point, the leaders need to weed out those employees that they feel will never buy into the changes.

The CEO needs to be completely engaged in the process and communicate that this is his number one priority not by just words, but by actions.  He needs to be present when key meetings take place, he should continue to remind employees of the benefits and the vision that he believes in, and he should take steps to make sure his subordinates are following through with persuasive communication and motivation, as well as the steps to follow through with the change.  When there are setbacks, the CEO needs to consistently communicate that while there may be setbacks, the changes to MIDSIZE BANK are still ongoing and that ultimately the changes will be best for the employees.

The Plan Must be Ongoing in Nature

Finally, management should design a plan that is ongoing in nature; one that continuously assesses the changes made, and reaffirms the direction the bank is going.  Transformational change does not simply come by casting a vision and laying out an execution plan.  It requires relentless follow through and assessment over a long period of time. Since some of the previous skepticism could be legitimate, the company needs to go beyond the practice of consultants coming in and leaving before implementation, and management that is initially enthusiastic but is not determined to carry out what is needed. MIDSIZE BANK can still make the necessary changes through inspiration, persuasion, a strong plan and consistent follow through.  In an environment where the banking industry is changing so quickly, creating a culture of change is necessary for survival.