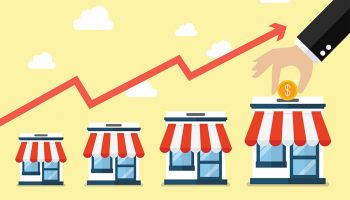 TD Bank’s small business survey showed that small businesses in the United States expect a large increase in revenue this year compared with 2018 and optimism overall was greater than the previous year.

Most of the business owners, however, stated that the tax reform actually did not have a positive effect on their business as 64% said it had no effect whatsoever.  That said, 39 percent said they plan to expand production.

The survey showed positive ways that banks can benefit from their initiatives.  About 43 percent of those surveyed stated that they would be seeking future credit, much of which is due to their plan to expand their product sets.

Secondly, small business owners continue to feel a tie to their local community. About 62 percent of those surveyed mentioned that they like to use banks with local locations within the community. Additionally, the survey shows high numbers of those that like being involved in charity events that effect the local community. The data shows a strong tie to local lenders despite opportunities from electronic only finance resources.

Twice as many people under 55 stated that a desire to invest and serve their local community as a reason for owning a small business. This is consistent with a younger work force more tied with environmental concerns and an occupation with purpose beyond financial gain.

Here are the findings by the numbers:

The survey focused on businesses with under $5 million in revenue.