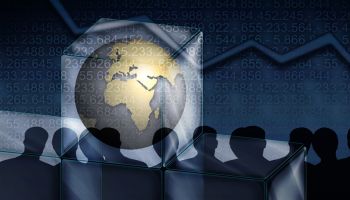 The United States financial system has long been a desired destination of illicit funds linked to senior foreign political figures and kleptocracy, a state of unrestrained political corruption. In the 1970s, the U.S. Security and Exchange Commission launched investigations into the political corruption and started legislative efforts to thwart such acts in the U.S. The Foreign Corrupt Practices Act (FCPA) passed in 1977 to include an anti-bribery provision to prevent unscrupulous foreign business dealings.[1]

Then the unthinkable happened, the September 11, 2001 terrorist attacks. The money used to finance those attacks was tied to funds flowing into the U.S. from foreign businesses and individuals. This discovery led law enforcement and financial institutions to take a stronger stance on political corruption.

In 2004, the infamous Riggs Bank[2] (Riggs) case brought political corruption to the top of a compliance officer’s reasons not to sleep at night when the Office of the Comptroller (OCC) and the Financial Crimes Enforcement Network (FinCEN) assessed a $25 million penalty for money laundering violations relating to their omission in reporting suspicious activity. The bank held several foreign private banking customers and embassy accounts, and funds flowing through Riggs were tied to the financing of the September 11th terror attacks. The $25 million assessment was the largest imposed by regulators at that time. Riggs Bank never recovered from the financial and reputational damage and was acquired shortly after, in 2005, leading to the nationwide de-risking of foreign embassy accounts.

The current global climate is no different than it was in 2004, and foreign corruption continues to be a significant risk for the U.S. financial system as well as our national security. Regulatory authorities and law enforcement have frequently cautioned financial institutions about this global concern, and it should continue to be on the minds of AML and fraud professionals. The fact that many instances of political corruption involve terror financing should make AML professionals that much more diligent.

Two real-world examples that are (and should be) of global concern currently are Russia and Venezuela.

The U.S. Helsinki Commission Report (the Report) emphasizes that corruption is a defining characteristic of the Vladimir Putin regime in Russia. Putin and his associates, with a top-down structure of kleptocracy often pursue the government’s illicit interests. In fact, the Panama Papers traced billions of illicit dollars associated with Putin through Sergei Roldugin, one of Putin’s primary caretakers of his hidden assets.

Political and business success of the top echelon of Russian society is dependent upon one’s relationship with President Putin. The Report states that many former insiders who fell into isolation from Putin faced tragic death, while business continues to thrive for those who remain loyal. In addition to kleptocracy, Russia has long been suspected of terrorism ties through its close allies with Iran and Syria.[3] U.S. federal legislation was introduced in 2018 to designate Russia as a state sponsor of terrorism.[4]  The legislation was dropped due to lack of support and the belief that an official designation would be counterproductive, even though Russia has killed dissidents in multiple countries.[5]

One of Russia’s emerging allies, Venezuela, is another hot bed for political corruption. Among numerous economic and political issues the country is facing, organized crime and narco-traffickers are allegedly entwined with kleptocrats, or corrupt political officials, including corruption within U.S. Government contracts (See FinCEN guidance here). With a short flight across the Caribbean to reach their borders, the U.S. could easily consider Venezuela its neighbor.

Political corruption is often tied to a country’s biggest asset. In the case of Venezuela, they boast the largest proven oil reserve in the world. Their huge dependency on the oil industry (95% of its export revenue) has increased political corruption through government mismanagement of the petroleum industry[6]. In addition, Venezuela is known to have funded terrorist organizations such as the Revolutionary Armed Forces of Colombia (FARC) and Hezbollah. InSight Crime, a non-profit investigative organization specializing in Latin American organized crime, states that kleptocracy is one of the main reasons for the near economic collapse the country is now experiencing. The U.S. and Canada have imposed economic sanctions on the country[7], and it is critical that U.S. financial institutions carefully monitor the flow of funds in and out of any country with known political corruption or ties to terror financing.

With both countries on global watch, they have become closer associates.Venezuelan President Nicolas Maduro called Russia a “brother country” with which Venezuela had “raised the flag for the creation of a multipolar and multicentric world.”[8]  The president also tweeted that “Russia had signed investment deals worth more than $6 billion dollars in Venezuela’s oil and gold sectors”, which increases the flow of Russian funds into Venezuela. In addition, Russia visited Venezuela last December with two supersonic nuclear-capable Russian bombers, looked at by many on the global scale as an act of intimidation. This brought Washington to take a closer look at Russia’s actions in Venezuela.[9]

Both countries have reported ties to terrorist organizations, with funds flowing globally from illicit means help to fund their purchase of arms and terror activities. U.S. financial institutions, even at the community level, must remain diligent to ensure another Riggs case does not occur.

FinCEN understands the increasing severity of political corruption in the financial system. On August 14, 2018, FinCEN Director Kenneth A. Blanco stated at the 11th  Annual Las Vegas Anti-Money Laundering Conference and Expo that “…the United States will not be a safe haven for corrupt politicians seeking to hide and profit from their ill-gotten gains or money they have stolen from their people while the citizens of their countries suffer.” FinCEN issued specific advisories concerning senior foreign political figures and foreign corruption and certain key terms to be used in relevant SAR narratives, including the following:

FIN-2017-A006:  Reports from financial institutions are critical to stopping, deterring, and preventing the proceeds tied to suspected Venezuelan public corruption from moving through the U.S. financial system.

FIN-2008-G005:  Guidance to Financial Institutions on Filing Suspicious Activity Reports regarding the Proceeds of Foreign Corruption

Other than familiarizing oneself with the risk and following FinCEN guidance, what more can AML professionals do to monitor for corrupt foreign funds within their financial institutions?

If an institution accepts clients with international transaction activity, remember this important risk, and keep the institution clear of involvement with political corruption and possible terror financing.

This article was written by Terri Luttrell, of Abrigo,  CAMS-Audit – Senior Manager of Strategy and Engagement , ABRIGO

[5]Sebastian Rotella, “The U.S. Considered Declaring Russia a State Sponsor of Terror, Then Dropped It,” ProPublica, May 21, 2018, https://www.propublica.org/article/united-states-considered-declaring-russia-a-state-sponsor-of-terror.

[9]William Courtney, “Russia’s Next Moves in Venezuela Should Be Closely Monitored,” The Hill,January 8, 2019, https://thehill.com/opinion/national-security/424206-russias-next-moves-in-venezuela-should-be-closely-monitored.