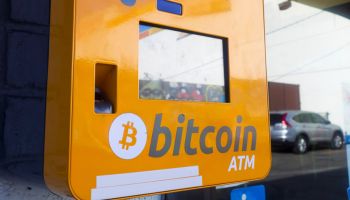 What do Circle K convenience stores have to do with Bitcoin? Apparently more than anyone might have guessed, as twenty of the stores are implementing ATMs for regional customers and traders. The test program will be scattered throughout Arizona and Nevada.

According to Coindesk, DigitalMint, the company behind the bitcoin ATMs already have 250 locations in half of the states across the country. The president of DigitalMint is optimistic that this initiative would open up the potential for a “massive expansion of bitcoin access to new markets around the globe.”

The ATMs are not traditional bank ATMs. The ATMs provide cryptocurrency traders the opportunity to trade $20,000 a day. Also, the purchases of bitcoin must be made with cash or with a $5,000 minimum for a bank wire.

Circle K will likely partner with DigitalMint in terms of revenue share, but the company is also optimistic that they will receive added foot traffic due to the ATM locations. While Cryptocurrency advocates contend the ATMs are just another step taken to make Bitcoin a mainstream currency, bankers and other critics are more skeptical. Naysayers say that the ATMs are less like reliable bank ATMs and more like a modern-day Off Track Betting (OTB) booth for cryptocurrency day traders.

The crypto ATMs are coming to a city near you if you live in Phoenix, Mesa, Tempe, Tucson, Flagstaff, Surprise or Maricopa, Arizona.

Not surprising to many, all of the ATMs in Nevada can be found in Las Vegas but will likely make their way to Reno sometime soon.