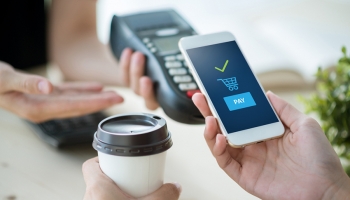 The global digital payments market will hit $6.7 trillion worth of transactions by 2023, according to data from Statista and LearnBonds.com.

Meanwhile, China – which already dominates the digital payments sector – was expected to grow from $1.6 trillion in 2019 to more than $3 trillion in 2023. Companies such as Alibaba and Tencent have grown quickly in the past few years, exploiting the corresponding growth in the use of smartphones to improve the availability and use of digital payment methods.

China and the US together are expected to grow their share of the digital payments market from 62% to 66% in the next four years.

PayPal, Venmo and Zelle were the most popular payment apps in the US last year, according to a survey of 2,200 adults by the American Bankers Association (ABA). Nearly two thirds (61%) of those surveyed said they used PayPal, and 34% said they used Venmo.

However, technology giants such as Apple, Facebook and Google are expected to make inroads into this market. The ABA survey found that 17% of its respondents used Apple Pay, while 11% used Starbucks’ ordering and payment app.

Usage is heavily skewed towards younger populations: the ABA survey reported that 51% of those aged 18-29 made mobile payments, compared to 36% of 45-54 year olds and just 11% of those aged 65 or older.

In the peer-to-peer payments space, the US has the largest market, LearnBonds.com and Statista’s data showed. Established financial institutions and newer fintech firms are competing for users and market share, which the data forecast would drive the market to hit $381 billion by 2022 – a compound annual growth rate of more than 20%.

The fastest-growing market, however, was India, according to the data, which showed that the country’s peer-to-peer sector could grow from $10.5 billion in 2017 to $159.2 billion by 2022, driven by radical reforms such as the so-called “demonetization” in 2016, which saw the withdrawal of smaller currency notes.