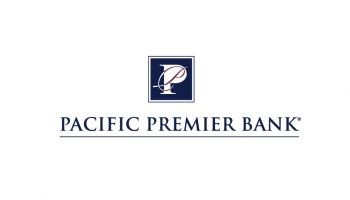 California-based Pacific Premier Bank has completed its acquisition of Opus Bank in a $743.9 million deal.

From today, Opus – headquartered in Irvine, California – has become part of Pacific Premier Bancorp, bringing the group’s total assets to $20 billion. The new entity’s loan book is worth $14.6 billion, and it has combined deposits of $15.8 billion, based on data as of March 31, 2020.

In addition, Opus’s subsidiary PENSCO, a custodian bank for self-directed individual retirement accounts, has been merged into Premier Pacific Bank. The bank now has $14 billion of custodial assets, according to a statement released last week.

Steven Gardner, president, chairman and CEO of Premier Pacific Bank, said the deal had created “one of the premier commercial banks in the western United States” and would provide the banking group with “a meaningful presence in attractive metropolitan markets”.

He also praised the teams at the three companies for their work on the acquisition throughout the lockdown period of the last few months.

Provident Financial Services – parent to New Jersey-based Provident Bank – and SB One Bancorp received approvals from the Federal Deposit Insurance Corporation (FDIC) and the New Jersey Department of Banking and Insurance for their planned merger.

The deal was announced in March and will create New Jersey’s third-largest bank with approximately $12 billion in assets.

The merger is still subject to approval from the Federal Reserve System and SB One’s shareholders, who will vote on the deal at the June 24 annual meeting.

Shareholders of Norwood Financial Corp and UpState New York Bancorp have voted in favor of a planned merger of the two companies.

UpState, parent company to USNY Bank, will merge into Norwood, which is the holding company for Pennsylvania-based Wayne Bank.

The deal was announced in January and will create a bank with $1.7 billion in assets across 31 offices in Pennsylvania and New York states.

Elsewhere, the Charles Schwab Corporation last week announced that it had completed its acquisition of the assets of USAA’s Investment Management Company. Approximately one million underlying brokerage and managed portfolio accounts have also transferred to Schwab.

The two companies struck a deal in July 2019 to make Schwab the “exclusive provider” of wealth management and investment brokerage services for USAA members.

The transaction has added approximately $80 billion to Schwab’s $3.8 trillion in total client assets, the company said.

The banking group said it expected the conversion to help Peoples Bank to “compete more effectively with other commercial banks in its market area”. The bank retains the same FDIC coverage as before the conversion.