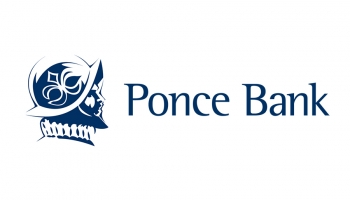 Ponce Bank said in a statement that it would provide revolving credit lines to customers with “little to no credit, or who’ve had their credit damaged”.

Together, Grain and Ponce said they had developed a “non-traditional underwriting methodology” based on Grain’s AI tools to allow Ponce to lend responsibly to customers without a full credit history. The AI tool analyses income and spending patterns to ascertain their borrowing capabilities.

In addition, the partnership will provide users of the app with financial literacy tools, which Ponce – a minority depository institution – said would add to its aim of providing education to underserved customers “while combating economic inequality in the US”.

The app will communicate with users about their cash flow positions, Ponce and Grain said, as well as providing suggestions around forward planning, spending habits and saving.

Grain said high levels of student debt – as well as research that suggested four in 10 Americans were unable to cover a $400 emergency expense – meant customers were “sorely in need of credit management skills and financial education”.

PDL’s executive chairman Steven Tsavaris is to become chairman of MWB, and Carlos Naudon, PDL’s president and CEO, will become a director of the mortgage company.

Naudon said the deal would “enhance our mortgage origination capacity, enable us to offer more competitive consumer mortgage products in our communities, give us an experienced and established channel to the secondary markets and expand our reach into additional communities”.

Michael Lagoudis added: “We are delighted to be joining the Ponce family, with whom we have had a close relationship for over 20 years. We look forward to adding our expertise, offices and distribution channels to their larger financial resources and retail network.”