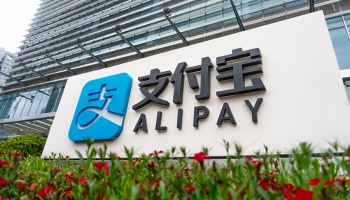 Since its inception in 2004, Alipay has drastically upended the payments world through its platform’s seamless integration across various third-party services. Through its heavy use of APIs, it serves as a fantastic example of how bold innovation and a novel approach can transform an industry.

Even without international backing, the company has bolstered China’s position in the global financial services landscape, a space historically dominated by the United States and the United Kingdom.

Still, it’s not the only company that is using APIs to transform payments. Industry stalwart Visa is rapidly catching up with its own API library, as both companies explore how they can increase their market share – as well as their share of the customer’s market – through diverse, integrated financial services.

Alipay was originally created in response to eCommerce market needs but after successfully operating in and diversifying across a range of services, the company now envisions itself as a purveyor of technology that can facilitate payment (and banking, its grand, hidden objective) in any part of the world.

It’s the preferred mode of payment for many global consumers, operating across restaurants, hypermarkets, airlines, taxis, and more. It can also handle customer requests such as booking a doctor’s appointment, paying for utilities, checking social security information, filing for taxes, paying at gas stations and traffic tickets. Its data is even used to supplement traditional credit reports.

Working across Android, iOS and Windows smartphones, Alipay issues and receives payments by generating and reading unique QR codes. Customers can then pay by scanning a QR code issued by the company once they receive the service or product from the seller. Most retailers in China have scanners that accept Alipay (as well as WeChat – another popular communication and payment platform). When a customer hits ‘Pay’, a unique QR code appears on the screen. The scanner reads the code and a transaction is approved. Alipay is also available for person-to-person payment that can be accomplished without a reader. All one needs is a smartphone and an Alipay account.

In November 2019, Alipay launched a service that would allow foreign travelers in China to avail its service even if they don’t have a bank account in mainland China. Its parent company, Ant Financial launched a version of Alipay app that can support international debit or credit cards. After downloading Alipay on Android or iOS, users can register for an international version of that app using their mobile number. Users can put money on a prepaid virtual card and begin using Alipay across China.

Alipay is also facilitating payment for Chinese travelers, who are the most frequent and active travelers of the world. In Spain, Alipay is integrated into the platform through an API offered by BBVA. According to a June 2019 CNBC report, Alipay has tripled its merchant base amidst growing Chinese tourism to European countries. It allows European markets to tap into wallets of a highly affluent middle and upper class.

Many of these functions have been disrupted due to the ongoing pandemic but once the lull is lifted, expect travel to resume, as it is predominant source of income for many European and Asian countries.

How has Alipay changed the game with APIs?

Alipay has about 1,500 APIs to simplify management of online transactions. Each call to action by a customer is accomplished through its own API. Ultimately, it’s the communication between all these that provides a task flow to users of the website.

Due in part to having more than 1 billion users across 55 countries, Alipay has been able to set up a money market fund for shoppers. Interest rates offered on these funds were higher than those offered by a traditional bank. Alipay was able to expand beyond payments and emerge into a full-fledged financial services company.

Visa is not resting on its laurels

It would be silly to harp on how Visa, along with Mastercard, has shaped global electronic fund transfer. However, it would be foolish to assume that this is a sleeping giant, resting on its laurels as Alipay continues to innovate. Visa’s latest initiative called Visa Next (launched in April 2019, but still in Beta), includes a set of open APIs with a suite of tools and documentation. It is designed to allow third party apps to create their own digital Visa card as well as to manage new services.

Visa’s APIs are unlike those often associated with payment and allow for the creation of new digital card accounts on demand, tokenization accounts for e-commerce and mobile wallets, to configuring rules around digital card use and card sharing. Similar to Alipay’s motive of bringing its brand of payment to other countries, Visa is hoping that its clients and partners provide customers an option to turn their wallet balance into a digital Visa card and begin using it in 200+ countries and territories. Visa is also trying to expand on cloud-based payment products and services.

Visa Developer, an initiative slightly older (launched in 2016) than Next, offers third-party companies the ability to sift through hundreds of commerce-related APIs. It was launched to overhaul the brand’s retail payment network into an open platform with the ability to incite innovation in commerce, by providing application developers access to proprietary technology and indirectly, to expand Visa’s reach, as that would be core technology. Through Visa Developer, the brand is making its mobile commerce technology available to non-affiliated third parties. It has tools such as secure-in-service payment, currency conversion, P2P payments and account holder information.

Akin to Visa, Mastercard has also invested in API to open, standardize and simplify access to its services. The objective is to deliver value through different add-ons around payment – digital wallet, enhanced loyalty, pay with points, pay with installments, pay at table, controls and alerts, contextual offers, etc. It is offering APIs in three core categories- security, data and payments. There are 38 APIs listed on Mastercard Developer page.

Suffice it to say that today’s payment world is not just about branding, it’s about reach – across countries, currencies, services, retailers and integration with just about every third-party app. It’s about owning a part of the customer’s wallet through strategic partnerships and open APIs, rather than aggressive marketing. The objective is the same – greater market share – but it’s accomplished without fuss.

It’s equally interesting to note that these payment networks are also passing on the reins of partial service management to third parties. Their main interest lies in data control (as much as possible under existing conditions) and diversifying services.