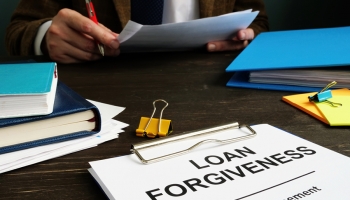 As the days count down before Congress heads to recess ahead of November’s election, time is running out for lobby groups to push through important changes to the Paycheck Protection Program’s (PPP) forgiveness process.

The American Bankers Association (ABA) and others have been pushing for the forgiveness process to be streamlined to help companies who received support from the federal program manage their workloads, as the Covid-19 pandemic continues to affect the US economy.

The Government Accountability Office (GAO) last week issued a report stating that the forgiveness process was more time-consuming that applying for PPP loans. The process also requires more time and resources from lenders.

“Lenders are to do a good-faith review of loan forgiveness applications and make a decision about whether the loan should be forgiven,” the GAO said in its report to congressional committees.

“Although SBA [the Small Business Administration] states on its standard loan forgiveness application that it will take borrowers three hours to complete, representatives from one [trade] association heard from lenders that it could take 15 hours for some borrowers to complete.

ABA and state bankers associations have come out in support of bipartisan legislation aimed at streamlining the forgiveness process. Under the proposals, PPP loans of less than $150,000 could be forgiven after borrowers complete a one-page application form.

Separately, the Internal Revenue Service (IRS) has issued new guidance to lenders instructing them not to file returns to PPP borrowers to report how much of their loans are being forgiven.

The guidance acts as a reminder to lenders that PPP loans are exempt from having to be included in income when reporting to the IRS.

Generally, debts that are forgiven are treated as income and are therefore taxable. However, the CARES Act, which established the PPP, also exempted any company applying for debt forgiveness from having to report it as income.

The ABA said the guidance address several of its concerns and should provide greater clarity to PPP borrowers.

The IRS guidance is available here.

The PPP closed on August 8 after facilitating 5.2 million loans totalling more than $525 billion.