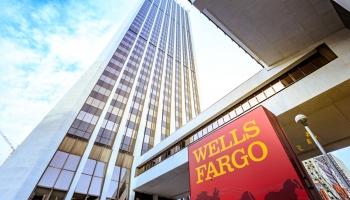 The new CEO of Wells Fargo did not hold back on the company’s third quarter earnings call, signaling what would be ahead. He communicated that not all of the lines of business were in future plans for Wells Fargo and that the executive team would be analyzing business units.

Thus it came as no surprise that Wells Fargo is looking to sell its asset management business. The bank was signaling that the retail side was where its strategy would be going forward. The move will be dramatic as Scharf looks to cost cut and save billions of dollars. The asset management side has more than $500 billion under management and the company expects a sale of several billion dollars. Asset management firms have seen the fees on services decline dramatically over the past decade, and most analysts anticipate the trend to continue.

While some large banks reported surprisingly positive returns, Wells Fargo’s third quarter profit declined by more than 50% while it could not manage to cut costs still due in part to the fall out of its settlement back in 2016. The United States government has yet to lift all of the restrictions on the bank.

Its high net worth business will not likely be part of a potential sale because it is tied to its core retail banking business. While Wells Fargo had already communicated to the market that asset management is not its focus due to cost cutting, the more than $500 billion under management is still significant and will draw interest on a global basis.