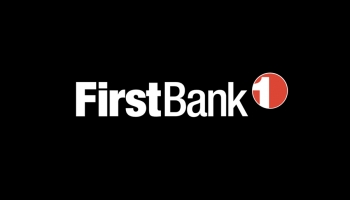 Banking sector merger and acquisition activity has continued apace in February with First National Corporation’s acquisition of The Bank of Fincastle and the completion of First Mid’s purchase of LINCO Bancshares.

First National Corporation, the holding bank of First Bank, and The Bank of Fincastle jointly announced the definitive merger agreement on February 18, for an aggregate deal value of approximately $31.6 million.

The combined company is expected to have approximately $1.2 billion in assets, $868 million in loans, $1 billion in deposits and 20 branch offices across Virginia.

The acquisition will see First National and First Bank appoint three Fincastle directors to join the existing eight legacy directors on each respective board, while Fincastle president and CEO Scott Steele will join First Bank as regional president.

Scott Harvard, president and CEO of First National Corporation, said in a statement: “We are excited to be joining forces with another bank who has deep roots in their community, having begun operations in the town of Fincastle in 1875.”

The merger agreement has been approved by the boards of directors of each company and the transaction is expected to close in the third quarter of 2021, subject to approval of both companies’ shareholders and regulators.

Steele added: “I am enthusiastic about the opportunity we have to partner with First National in a transaction that we believe offers significant opportunities to our clients, communities, employees and shareholders.”

Meanwhile, on February 22, First Mid Bancshares announced the completion of its purchase of LINCO Bancshares, which includes Providence Bank, bringing its total assets to approximately $5.7 billion.

In a statement, First Mid said there would be “no immediate changes” for Providence customers and that the conversion of accounts from Providence Bank was expected in the second quarter of this year.

Joe Dively, First Mid chairman and CEO, said the company had worked closely with the Providence team over the past few months to “ensure a smooth transition”.