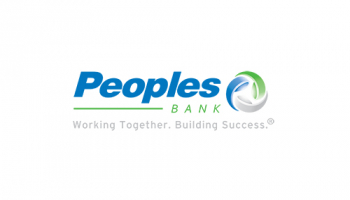 Ohio-based Peoples Bancorp is to acquire Premier Financial Bancorp in a deal worth more than $292 million.

The two companies announced on March 29 that they had signed a definitive agreement for Peoples to acquire Premier in its entirety.

Following completion of the deal – expected in the third quarter of 2021 – the combined company would have approximately $6.7 billion in assets, a $4.6 billion loan book and $5.5 billion in total deposits.

Premier has two community bank subsidiaries, Premier Bank and Citizens Deposit Bank & Trust, both of which will merge into Peoples Bank as part of the transaction.

The deal will add 48 branches to Peoples’ network across Kentucky, Maryland, Ohio, Virginia, and West Virginia, as well as Washington DC.

“Premier’s strong core franchise provides a natural extension of our existing markets, as well as entry into attractive markets within Virginia, Maryland and Washington DC,” he added.

Premier CEO and president Bob Walker said: “Our customers, employees and shareholders will benefit from Peoples’ history of profitable growth and expertise in successfully executing acquisitions.

“We are also excited about Peoples’ expansive suite of products, which will provide us the ability to deliver new products and services, including insurance and investment products, to our valued customers in the communities we serve.”

The acquisition is subject to regulatory and shareholder approvals.

The deal was announced in January, and will add $126 million in loans and $202 million in deposits to Investar’s balance sheet, as well as four branches across Calhoun County, Alabama.

The deal is expected to close on April 1.