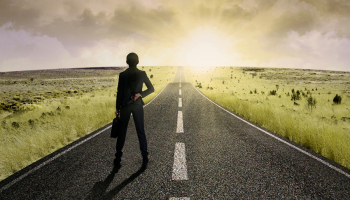 Holland has worked for the group since 2008. Most recently, he was MUFG Union Bank’s CFO and deputy CFO of the wider financial group. He previously served as controller and chief accounting officer.

He succeeds Johannes Worsoe, who has been CFO since 2016.

Lovell, who founded the company in 2005, will continue to serve as an active member on the board of directors.

Industry veteran Phil Moore will join the company as CFO from June 7, 2021. He joins the community bank after a career as an accountant and auditor in a variety of roles, latterly serving as the Southeast US marker leader for Wipfli LLP.

In addition, David Lowery has been hired as head of lending.

Butler most recently spent 13 years at Radius Bank as the president and CEO, overseeing the company’s technology advancements and implementation of fintech partnerships.

Derraik will be responsible for driving the strategy and execution of Live Oak’s technology and digital initiatives in alignment with corporate business strategy.

His 25-year career includes spells at including Ally and Sprint, as well as being a partner at McKinsey, where he specialized in technology and digital transformations for 15 years.

In his previous role, Bell served as a senior manager in the financial accounting advisory services practice at EY, providing operational oversight to various teams and strategic consulting and audit services.

Prior to joining FirstBank, he served as principal accounting officer for a regional bank in South Carolina. In his new role, he will oversee the accounting operations and reporting functions.

Old National – John Moran, who served as Old National’s director of corporate development and strategy from 2017 to 2019, has re-joined the company as chief strategy officer.

Moran will join the senior operating group with responsibility for guiding the holding company’s strategic planning and investor relations.