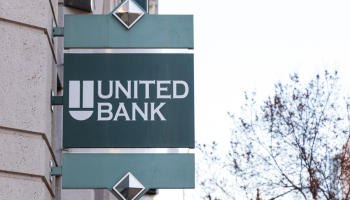 West Virginia-based United Bankshares, the parent company of United Bank, is set to merge with Community Bankers Trust Corporation to create the 38th largest bank in the US.

Community Bankers Trust Corporation, headquartered in Richmond, Virginia, is the parent company of Essex Bank and has assets of approximately $1.7 billion.

The deal, worth an estimated $303 million, will create a combined organization with approximately $29 billion in assets and more than 250 locations.

Richard Adams, chair and CEO of United, said the transaction would take his company into new markets such as Baltimore, Annapolis, Lynchburg, Richmond, and the “Northern Neck” of Virginia. “It also strategically connects our Mid-Atlantic and Southeast footprints,” he added.

Community Bankers Trust president and CEO Rex Smith said: “The merger will give us the ability to offer better and more sophisticated products and services while still maintaining the community bank approach to doing business with local leadership.”

The deal is expected to close in the fourth quarter of this year and is subject to regulatory and shareholder approval.

First Foundation CEO Scott Kavanaugh said the merger would provide “an excellent opportunity to expand into a highly desirable market” in southwest Florida.

The transaction will bring First Foundation’s total assets to $9.4 billion. Subject to shareholder and regulator agreement, the deal is expected to complete in the second half of 2021.

Separately, Liberty Bank is to acquire Tri-State Bank in an all-cash transaction. The Tennessee-based banks are both minority-owned and collectively aim to provide affordable financial products and services to underserved communities.

Following the completion of the deal – expected later this year once shareholder and regulatory approvals are secured – Liberty will $965 million in assets and locations in 12 cities.