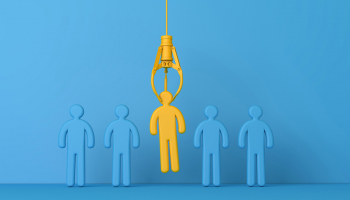 The bank has also appointed Madison Simm as president of mortgage finance, following the retirement of Jack Nunnery.

River Valley Community Bank – The $507 million-asset community bank has hired Kevin Reynolds as its new chief financial officer. Reynolds joins from Moss Adams, an accounting consultancy, where he was a senior manager in the company’s financial institutions business.

CEO David Nelson said the transition reflected the “careful succession planning that the company has undertaken”. He added: “Doug and Jane have been working closely together for the past couple of years in anticipation of this transition. Jane is strongly qualified and knows our company well, and I am confident that she will serve the company effectively in her new position as chief financial officer.”

Mountain America Credit Union – Amy Moser has been appointed as chief lending officer, replacing Mike Turner who retired earlier this month. Moser joined Mountain America in 1997 and has worked in a variety of roles across the Utah-based credit union’s lending business.

Customers Bank – Jennifer Frost has been promoted to executive vice president and chief administrative officer at the Pennsylvania-based bank. She will also join the management board. Previously, Frost led the bank’s effort to digitalize its operations, products, and services.