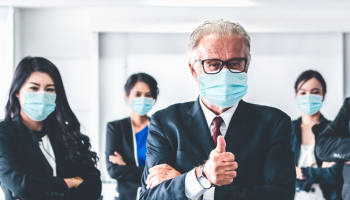 Last week ended on a high note with payrolls increasing in June, faster than any previous month since September. Companies are showing signs that workers are willing to come back to work as offices reopen.

Payrolls increased by more than 800,000 by some estimates with travel and leisure leading the charge. Unemployment increased, however, nearing 6%. The higher unemployment number was due to people actually beginning to look for work that had decided to leave the work force for a time. More than 300,000 of the jobs likely came from travel and leisure positions.

A spokesman for Indeed, the job search company, stated that employers are adding jobs at an increased rate even while it is still a great challenge for employers to find qualified people.

Does a gain in payrolls mean pressure on the Federal Reserve? Not necessarily, as payrolls are still down almost 7 million by pre-pandemic standards. The result is a steady stock market at present. Employers are still looking to keep up with a growing economy, and projections of labor needs are still somewhat unpredictable.

Particularly noteworthy is that African American male labor force numbers have risen to its highest level according to Bloomberg Financial Markets.

The positive flows could fuel more incentive for businesses to look for bank loans, this time not for bailouts, but for positive growth initiatives even while many of the businesses are still applying for loan forgiveness under the PPP initiative. As wages will inevitably grow, business costs will likely grow even as consumer demand looks to keep pace.