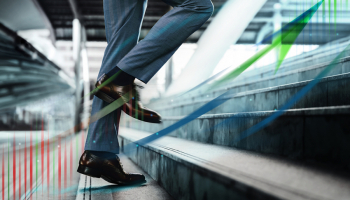 Many big US banks are expected to post significant jumps in profits for the second quarter, according to consensus estimates by analysts.

As reported by Reuters, the feared mass default on loans due to the pandemic has largely failed to materialize. The resilience was aided by $1.9 trillion worth of government stimulus and the support of repayment holidays.

In addition, banking regulators have praised the high levels of capital buffers held by banks as crucial to their strength through the crisis, combined with temporary restrictions on dividend payments and share buybacks.

Combined with the reopening of the US economy and the accelerating vaccination campaign, many banks have seen performance rebound.

Total profits for the second quarter are expected to be $24 billion for the country’s four largest banks, compared with $6 billion in the previous quarter. Estimates compiled by Refinitiv predict that the three largest firms – Bank of America, Citigroup and JPMorgan Chase – will reveal profits of more than double those of the first quarter.

At the same time Wells Fargo, the fourth largest lender in the US, is expected to post profits after last year falling to its first loss since 2008.

Investors are already taking note and in June the banking sector led the S&P 500 to record highs.

Bank of America, Citigroup, JPMorgan Chase and Wells Fargo set aside a combined $33 billion in provisions for defaults during the pandemic.

However, it is now expected this number could be under $1 billion for the second quarter. This is concurrent with research carried out by the Federal Reserve in February which found many banks were demonstrating high levels of resilience during the pandemic.

Optimism in the banking sector has been rising over recent months.

In April, JPMorgan boss Jamie Dimon fuelled investor optimism by declaring the American economy would stay strong through to 2023.

This was a view shared by others, with economists anticipating second quarter growth to hit double digits.