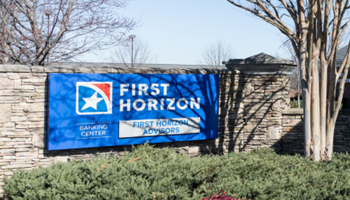 Hill has been New Orleans market president for IberiaBank – which merged with First Horizon in 2019 – since 2009.

In his new role he will be responsible for the bank’s digital vision, strategy and thought leadership across all avenues of business including retail, private client, business banking, and commercial.

Bryan Jordan, president and CEO of First Horizon, said the appointment was part of an “enhanced focus on digital banking”.

“One of our top priorities is to advance our digital banking capabilities to efficiently meet the needs and expectations of our clients as technology changes and the innovation within our industry evolves,” he said.

Wells Fargo – The bank’s commercial banking arm has appointed Cesar Gonzalez as its head of operations, charged with leading critical business and lending, while partnering with other leaders across the brand to ensure operations are integrated.

Gonzalez joins from Bank of America where he was most recently responsible for enterprise programs focused on optimizing end-to-end processes across all business lines.

Federal Reserve Bank of New York – Dianne Dobbeck has been named as head of the New York Fed’s supervision group. She was previously head of the group’s supervisory policy and strategy function.

In her new role, Dobbeck will manage the teams and functions responsible for supervising financial institutions in the Second District that are under the Fed’s jurisdiction.

Previously, Brown had a variety of leadership roles at Wells Fargo, most recently as lead external engagement strategist for diverse segments, representation and inclusion. Brown has specialized in strategy, transformation and programme development for social impact and sustainability initiatives throughout her career.

HSBC – John Campbell has been appointed HSBC US commercial bank’s head of corporate segment. Campbell will deliver the bank’s international proposition to middle market and large corporate clients, according to a statement.