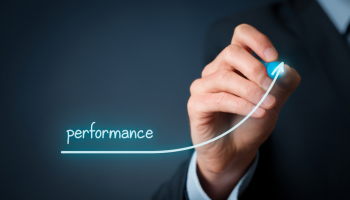 According to data from BuyShares, US banks have outperformed analysts’ estimates thanks to consumer spending, with some sectors increasing even beyond pre-Covid-19 levels. Credit quality has also improved, while savings and investments have risen. A national vaccination roll-out has also allowed Americans to go back to work and spend more.

The factors have boosted banks’ profitability, leading to high stock prices. According to YCharts data, the market cap of JP Morgan Chase, the largest bank in the US jumped by $205 billion in the last year.

Meanwhile Morgan Stanley saw the biggest stock price growth last year. In September 2020, the combined value of shares of the New York-based financial services corporation stood at $74.5bn. By the end of the year, this figure increased by 55% to $115.7 billion.

Citigroup witnessed a 54% market cap growth, the smallest among the top five US banks. Between January and October, the combined value of shares of the US banks jumped by $51 billion or 54% reaching $144.3 billion last week.

The market cap bounce back is a monumental change from last year. US banks were punished by investors during the pandemic in after they recorded the biggest drops in market capitalization between January and August 2020, JPMorgan Chase, Wells Fargo, Bank of America saw their market capitalizations drop by a combined $353 billion in the first eight months of 2020.