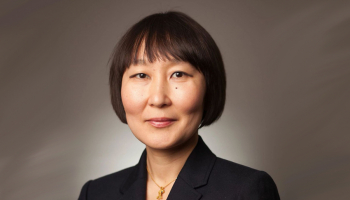 President Joe Biden’s nominee for comptroller of the currency, Saule Omarova, has faced more criticism on her stance on banking regulation reform.

Testifying before the senate banking committee on Thursday, November 18, Omarova was questioned by democratic and republican lawmakers on her views on banking, including her opposition to a bipartisan regulatory reform law (S.2155) on the banking industry in the US, enshrined in 2018.

Republicans and some major banks have expressed concerns about her views. She has previously written academic works that argue for big institutions to be broken up and for the Federal Reserve to provide public bank accounts.

Senator’s Tester and Warner, key champions of the 2018 legislation, raised concerns about Omarova’s stance on the bill.

Warner told Omarova he was “pretty disappointed” in her views on the reformed law, and that he disagreed with her characterization of the bill, which loosened certain rules for banks, put into place following the 2008 financial crash.

Omarova also faced criticism on her stance on investment to the oil and gas industry. She has previously stated banks should avoid redirecting capital to fossil fuel companies.

Crapo added that similar attempts to control the allocation of capital were made under Obama as part of “Operation Chokepoint,” which sought to curtail funding to politically disfavored industries such as firearms manufacturers.

The Senate Banking Committee will now consider whether to hold a vote to send Omarova’s nomination to the full Senate, though no confirmation vote date has been confirmed.

Omarova has increasingly faced opposition following her nomination by President Biden back in September.

At the time, president and CEO of the ABA, Rob Nichols, said: “We have serious concerns about her ideas for fundamentally restructuring the nation’s banking system which remains the most diverse and competitive in the world. Her proposals to effectively nationalize America’s community banks, end regulatory tailoring based on risk and eliminate the dual banking system are particularly troubling,” he added.