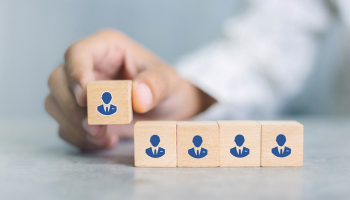 Banking veteran Russell Goldsmith is set to retire after 26 years as chairman of City National Bank and RBC Wealth Management US, with effect from January 31, 2022.

Goldsmith said: “With both companies in excellent shape and strong teams of next-generation management in place — led by their two outstanding CEOs, City National Bank’s Kelly Coffey and RBC Wealth Management US’s Michael Armstrong — the time has come for me and the two companies to complete our successful leadership transition.”

In addition, Goldsmith also served 43 years on the City National board of directors.

Heartland Bancorp, the parent company of Heartland Bank has named Brian Brockhoff as market president in the Cincinnati region.

The addition complements the bank’s executive team expansion in 2020 to Northern Kentucky with the acquisition of Victory Community Bank’s three branches in Fort Mitchell, Fort Thomas, and Union.

Joseph W. Major, founder, chairman of the board and CEO of the Victory Bank has been elected to a four-year term as a new member of the board of directors of the Federal Home Loan Bank of Pittsburgh.

Meurrier will join SmartBank as senior vice president and Williamson County Market Executive. She brings 15 years’ experience in the private banking and commercial lending space and will work alongside Graves.

Meurrier joins from Triumph Bank and will be joined by Graves, formerly with Reliant Bank and First Advantage Bank as senior president,

All three appointments will be based in the Nashville, Tennessee area and will focus on building greater market presence for SmartBank.

Billy Carroll, SmartFinancial’s president and CEO, said: “We have long viewed the Nashville market as a natural expansion area for us and these additions are excellent steps towards fulfilling that goal and creating greater density in that market.”