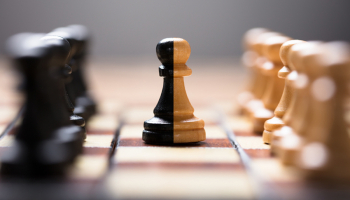 Small and mid-sized regional banks will continue to announce new deals despite growing regulatory scrutiny that could result in delayed closings or potential termination of deals, according to research from Fitch Ratings.

According to the ratings agency, the heightened political and regulatory scrutiny of large bank mergers and acquisitions could lead to increased execution risks for future deals, as well as banks with in-process transactions.

Banks are expected to pursue growth via acquisitions in 2022, with primary drivers including increased scale, enhanced franchise strength through either new geographies or by growing market share within their existing footprint.

M&A activity has been under increased scrutiny following the July 2021 executive order issued by the Biden administration.

As a result, politicians are debating the rules and regulations around bank mergers, with potential moratoriums (a temporary prohibition) on deals over $100 billion under closer inspection.

Deals that could be impacted include the U.S. Bancorp acquisition of MUFG Union Bank, Bank of Montreal’s acquisition of Bank of the West, M&T Bank’s acquisition of People’s United Financial and Citizens Financial Group’s merger with Investors Bancorp. First Citizens/CIT and other deals have recently received approval.

In August last year, Moody’s warned that the executive order on M&A risked stifling some US bank mergers.

Despite increased scrutiny, US banks continued to announce new transactions throughout 2021. Fitch said that the median price to tangible book for bank acquisitions has been around 1.5x during 2021, which is above 2020 levels but in line with historical averages, while the associated average credit mark of 1.55%, which reflects expectations for future losses, is slightly above historical norms.

Mergers that provide an appropriate risk-adjusted return on provide enhancements to a bank’s business profile can be supportive of credit in the long run, noted Fitch.

In this situation, M&A can improve funding profiles, deposit franchises and cost of funds and these considerations can be meaningful for smaller regional banks that lack resources to fund increased technology spending to overhaul legacy systems.

In addition, small and mid-sized regional banks whose business lines, geographic and loan category concentrations and franchise strength vary considerably may be more incentivized to pursue M&A through a whole bank acquisition or as a target themselves.

Earlier this month, First Citizens completed its merger with CIT Group, following an initial announcement in October 2020. The merger created a company with over $100 billion in assets.