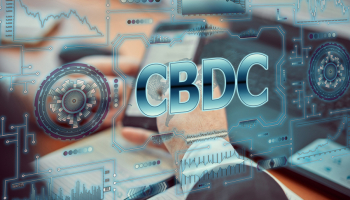 The Federal Reserve has said it has no plans to proceed with a US central bank digital currency (CBDC) unless it has the full backing from both the executive branch and Congress, ideally in the form of “authorizing law”.

In its report assessing the potential benefits and risks of creating a CBDC, the Fed admitted that while it would “best serve the needs of the United States by being privacy-protected, intermediated, widely transferable and identity-verified", it could fundamentally change the structure of the US financial system.

The Fed stated that the model “would facilitate the use of the private sector’s existing privacy and identity-management frameworks; leverage the private sector’s ability to innovate; and reduce the prospects for destabilizing disruptions to the well-functioning US financial system.”

However, it also stated that the creation of a CBDC could have implications for monetary policy and present operational resiliency and cybersecurity challenges.

The ABA has previously weighed in on the risks associated with issuing a CBDC, warning that the issuance of a CBDC could compete with bank deposits and limit banks’ ability to power economic growth.

The regulator is currently reviewing the paper and will provide feedback to the Fed in the coming days.

In a statement following the report’s release, ABA president and CEO Rob Nichols, said: “[The paper] highlights a growing recognition that a US CBDC could fundamentally reshape our banking and payments system which remains the envy of the world, and these implications require a careful weighing of the real-world costs and benefits before any decision to move forward.”