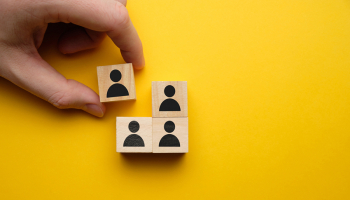 Norwood Financial Corp — The Pennsylvania-based banking group and its subsidiary Wayne Bank have announced James Donnelly as president and chief executive officer, effective as of his first day, anticipated in early May 2022.

Donnelly was previously chief commercial officer at Bangor Savings Bank and has more than 30 years’ experience in the banking sector.

Lewis Critelli, current president and CEO, is to retire during the first half of 2022. He will continue to serve as a director of Northwood and Wayne Bank upon his retirement as CEO.

Eastern Bank — The Boston, Massachusetts-based company has made several appointments to its management committee.

Timothy Lodge, was named president and CEO of Eastern’s insurance subsidiary, Eastern Insurance Group, in January this year. He has worked for Eastern since 2013 in a number of insurance-related roles.

Matthew Osborne is executive vice president and senior commercial banking officer, with responsibility for commercial real estate and community development lending, and has been with Eastern for 24 years.

SchoolsFirst FCU — The Californian credit union has changed its executive leadership structure, splitting the roles of president and CEO.

Chief operating officer Jose Lara has been appointed president, while Bill Cheney will continue as CEO. In a statement, SchoolsFirst said the change would help it “better serve the evolving needs of members and team members”.

Gateway First Bank — Gateway, one of the largest banking groups in Oklahoma, has appointed Rob Hoffman and Todd Welch to its management team as vice presidents, commercial lending.