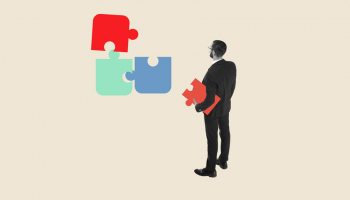 Triumph Bancorp — The Dallas-headquartered bank has appointed Ed Schreyer as chief operating officer and Gail Lehmann as chief regulatory and governance officer of Triumph Bancorp and its subsidiary, TBK Bank.

The restructure is part of Triumph’s intention to align its executive management more closely with its future growth priorities.

Ritterbusch previously served as TBK Bank’s chief lending officer, while Foreman joined TriumphPay in 2019, serving in roles such as COO and CSO.

O’Hara will lead corporate and investment banking origination and execution within CIB’s banking division and will report to Jon Weiss, CEO of the CIB.

Prior to joining Wells Fargo, O’Hara worked at BlackRock where he had been global co-head of credit since 2017, and had previously worked at Credit Suisse AG.

Wells Fargo also announced that Rob Engel will become chair of banking, having led banking since 2014 after first joining the company in 2005. He will report to O’Hara and remain on the CIB operating committee.

Gateway First Bank — The Oklahoma-based bank has appointed Zac Holly as Dallas market president as an addition to the bank’s commercial lending team.

Holly has extensive experience in the banking and financial services industry. He said: “I look forward to joining the talented and growing team at Gateway First and expanding our reach into the north Texas market.”