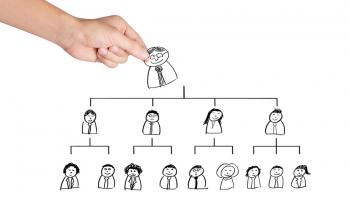 David Rainer, chairman, president and CEO of San Diego-based Bank of Southern California, is to take a sabbatical from the bank until early 2023, it announced last week.

Rainer has temporarily stepped down from his roles, effective from April 29, for “personal reasons unrelated to his health”, the bank said. He is expected to return in “early 2023”, although the bank’s statement added that “no assurances can be made”.

Lead director Irwin Golds is to take on the role of chairman on an interim basis. Thomas Dolan, chief financial officer, will become interim CEO, while chief banking officer Richard Hernandez has been appointed president.

Rainer said he was “confident in the board and management’s ability to continue executing on the relationship-based banking strategy we have put in place and I look forward to returning from this temporary sabbatical to once again lead this outstanding team”.

FDIC — The Federal Deposit Insurance Corporation (FDIC) has appointed seven new members to its Advisory Committee on Community Banking. These include:

He joined Peoples in 1996 and held a number of positions in the bank’s commercial lending arm before becoming chief banking officer, responsible for wealth management, retail banking, marketing, commercial, and retail lending.

Unity Bank — The New Jersey-based bank has named Aaron Tucker as vice chairman of its board, succeeding his father Allen Tucker, who has retired at the age of 95.

Allen Tucker has been a member of the Unity Board since 1995. Aaron Tucker is a Unity Bank director as well as president and CEO of Tucker Enterprises, a real estate company his father founded.

Climate First Bank — The Florida-based ‘green’ banking company has appointed Lex Ford to its board of directors. Ford joined the bank in October last year and is currently its president.

The bank now has $160 million in assets and aims to help grow the number of solar panels, electric vehicle charging stations, and energy-efficient buildings in central Florida through its lending business.