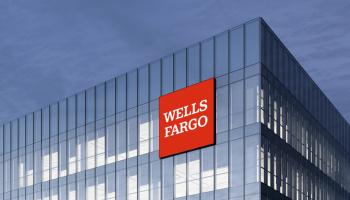 The Securities and Exchange Commission (SEC) has charged Wells Fargo Advisors for failing to file suspicious activity reports (SARs) “in a timely manner”.

Over the course of more than four years, the advice and brokerage arm of Wells Fargo failed to deliver the reports quickly enough, which the regulator said was due to the company’s “deficient implementation and failure to test a new version of its internal anti-money laundering (AML) transaction monitoring and alert system”.

Between April 2017 and October 2021, the advice arm of the bank failed to report at least 34 SARs in a timely manner, the SEC said. As a result, Wells Fargo Advisors has agreed to pay $7 million to settle the charges.

A spokesperson for the broker-dealer said in a statement: “At Wells Fargo Advisors, we take regulatory responsibilities seriously. This matter refers to legacy issues that impacted a transaction monitoring system and the issues were resolved promptly upon discovery.”

According to the SEC’s order, the latest version of Wells Fargo Advisors’ internal AML system was inadequately implemented, and not tested. This caused the system to fail to reconcile different country codes used to monitor foreign wire transfers.

Consequently, the firm failed to timely file at least 25 SARs related to suspicious transactions in its customers’ brokerage accounts. These transactions involved wire transfers to or from foreign countries that were determined a high or moderate risk for money laundering, terrorist financing, or other illegal money movements.

Gurbir Grewal, director of the SEC’s Division of Enforcement, said: “Through this enforcement action, we are not only holding Wells Fargo Advisors accountable, but also sending a loud and clear message to other registrants that AML obligations are sacrosanct.”

The SEC order also revealed Wells Fargo Advisors failed to appropriately process wire transfer data into its AML transaction monitoring system in other situations. This caused at least nine additional SARs to not be filed in a timely manner.