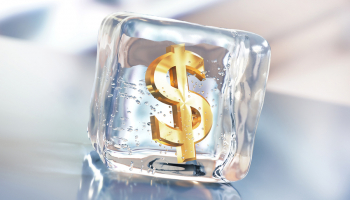 Bank of America has come under fire from the Office of the Comptroller of the Currency (OCC) and the Consumer Financial Protection Bureau (CFPB), receiving fines of $125 million and $100 million respectively from the two bodies.

The OCC issued its fine for “violations of law and unsafe or unsound practices” under the bank’s Unemployment Benefits Prepaid Card Program, which was administered on behalf of 12 states.

According to the OCC, the prepaid card program had deficiencies in its operational processes, risk management, and internal controls.

The bank also failed to adequately investigate and resolve consumer claims of unauthorized transactions and must now provide remediation to consumers harmed by its practices.

“Banks must pay attention to the financial health of their customers and conduct their activities in accordance with all consumer protection laws. When they don’t, we will act accordingly,” said Michael J. Hsu, Acting Comptroller of the Currency.

While separate from, but coordinated, with the OCC’s civil money penalty and remediation requirement, the CFPB’s fine was issued over the bank’s botched disbursement of state unemployment benefits.

The Bank of America automatically and unlawfully froze people’s accounts with a faulty fraud detection program.Despite freezing accounts of citizens who had not committed fraud, the CFPB said little recourse was given.

“Taxpayers relied on banks to distribute needed funds to families and small businesses to rescue the economy from collapse when the pandemic hit,” said Rohit Chopra, director of CFPB. “Bank of America failed to live up to its legal obligations,” added Chopra, “and when it got overwhelmed, instead of stepping up, it stepped back.”