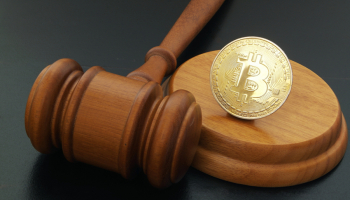 Banks have hit back at politicians calling for an overhaul of cryptocurrency rules, arguing that recent issues in the sector have nothing to do with banks’ involvement in it.

The American Bankers Association (ABA) and the Bank Policy Institute (BPI) said in a joint letter to the Office for the Comptroller of the Currency (OCC) that rescinding current guidance would not protect consumers or resolve the volatility currently affecting some digital currencies.

Four senators wrote to the OCC on August 10 calling for the regulator to rescind its cryptocurrency guidance and for new “comprehensive” guidance to be issued jointly with other financial prudential regulators such as the Federal Reserve Board.

Senators Elizabeth Warren, Dick Durbin, Sheldon Whitehouse, and Bernie Sanders stated in their letter: “In light of recent turmoil in the crypto market, we are concerned that the OCC’s actions on crypto may have exposed the banking system to unnecessary risk, and ask that you withdraw existing interpretive letters that have permitted banks to engage in certain crypto-related activities.”

In their letter in response, the ABA and BPI said recent price falls — which have seen some investors losing significant amounts — “were wholly unrelated to banks’ involvement in the traditional banking activities described” by the OCC’s guidance.

Rescinding the guidance “would serve only to undermine banks’ ability to leverage modernized technologies to bring traditional banking products and services to customers in more reliable, safer and more efficient ways”, the organizations argued.

They added: “Additionally, while we agree that the activities of largely unregulated non-bank crypto firms present meaningful and various risks (including the risk of consumer and investor harm), the conclusion that the OCC’s [guidance] must be rescinded to address these risks is inapposite. The withdrawal of those letters is not warranted, nor would such withdrawal achieve the goal of imposing ‘stronger protections… to mitigate crypto’s risks to the financial system and consumers.”

Over the past two years, the OCC has produced a series of guidance documents and policy statements opening up the traditional banking system for the nascent crypto market. Banks can now provide, custody, depositary, and payment services to stablecoins.