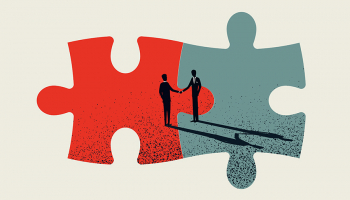 AFCO will take on a loan portfolio of approximately $3.1 billion, Texas Capital said in a statement. The all-cash deal is worth $3.4 billion.

Rob Holmes, CEO and president of Texas Capital, said the sale was “an important milestone” for the company as it would strengthen its balance sheet as well as allowing Texas Capital to “refocus our capital and expense base consistent with our strategy of creating the flagship full-service financial services firm in Texas”.

Truist’s chief insurance officer John Howard said the acquisition of BankDirect would expand the company’s offering in the life insurance market as well as growing its geographical footprint.

“BankDirect’s focus on technology and digitization to enhance client experience also mirrors our strategic initiatives at Truist Insurance Holdings, further demonstrating how well our operations are aligned,” he added.

The deal is expected to be finalized in the fourth quarter of 2022.

Meanwhile, New York-based Gouverneur Bancorp and its sister savings and loan company are to acquire the Citizens Bank of Cape Vincent (CBCV).

The companies have received regulatory approvals for the transaction, they announced this week, with CBCV set to merge into Gouverneur Savings and Loan Association.

CBCV will be rebranded as Gouverneur Savings & Loan from September 17, according to the acquiring bank, when the transaction is expected to be finalized.

Elsewhere, Mississippi-based BankFirst Capital Corporation announced at the start of this month that it was to acquire Mechanics Bank, also based in Mississippi. The deal is expected to close early next year subject to regulatory and shareholder approvals.

BankFirst’s president and CEO Moak Griffin said the merger would “build upon and further strengthen our shared beliefs, community focus and commitment to service excellence and relationship banking”.

The deal announcement comes after BankFirst revealed in June that it was set to buy Syvamore Bank and its parent Tate Financial Corporation. This deal is expected to close by the end of September.

After both transactions are complete, BankFirst said it would have 47 offices serving Mississippi and Alabama and assets of more than $2.7 billion.