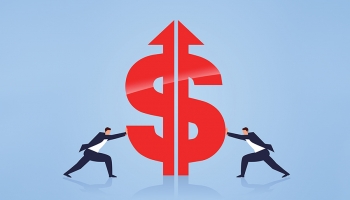 New Jersey banks Provident and Lakeland are set to merge in a deal worth approximately $1.3 billion, the two companies announced this week.

The merger will create what the companies described as a “super-community bank”, with $25 billion in combined assets and $20 billion in deposits, all operating under the Provident Bank brand. It will account for 4% of the New Jersey deposit market if the transaction goes through.

Provident Financial Services and Lakeland Bancorp plan to merge, with the transaction scheduled to be completed in the second quarter of next year, subject to regulatory and shareholder approvals.

Anthony Labozzetta, president and CEO of Provident, said the “transformational combination” would enhance the organizations’ scale and profitability, which “will enable us to invest in the future, better compete for market share, and better serve our customers and communities”.

Thomas Shara, president and CEO at Lakeland, added: “As two of New Jersey’s most respected banks that nearly mirror each other in our shared cultures and missions to support and deliver to our customers, communities and shareholders, we are thrilled that we’re combining our talented teams.”

“The combination of our companies will allow us to achieve substantially more for our clients, associates, communities, and shareholders than we could alone.”

As well as traditional banking services, both companies are significant players in the Tri-State real estate market, and plan to use the additional scale from the merger to grow other business lines such as insurance, wealth management, asset-based lending, and equipment lease financing.