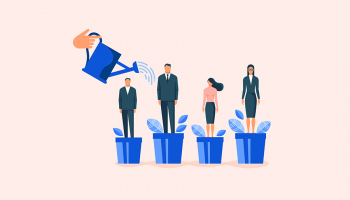 CEO Neal Arnold said the appointments “have positioned the company for the next chapter of our growth and expansion”.

Brookline Bancorp/Bank Rhode Island — Chief credit officer Robert Rose is to retire at the start of November, the bank announced last month. Rose has been in his role for 13 years and will remain at the company as an executive officer, while taking on a “leadership position” on the board and management credit committees.

Tulipani was previously vice president and head of cybersecurity with Investors Bank.

Glynn is a founding officer of TowneBank and has more than 35 years of experience in banking.

Farmers & Merchants State Bank — Eric Faust has been appointed senior vice president and chief risk officer at Farmers & Merchants. He was previously director of risk management at Northstar Financial Group and has also worked for the State of Michigan’s Department of Insurance and Financial Services.

Patriot Bank — Connecticut-based Patriot National Bancorp and its subsidiary Patriot Bank have appointed Al Botta Jr to executive vice president and chief payments officer. He has worked at Patriot Bank since 2018 as director of payments, having previously worked for BankMobile, Customers Bank and Metropolitan Commercial Bank.

Federal Reserve Bank of New York — Richard Ostrander will become the Federal Reserve Bank of New York’s general counsel and head of the legal group, joining in November from BlackRock, where he is a managing director in legal and compliance. He will also join the bank’s executive committee and serve as the deputy general counsel for the Federal Open Market Committee.

BankPlus — Bryan Jones III succeeded Thomas Peaster as chair of the Mississippi-headquartered bank’s board of directors on September 20. Peaster — who served as chair for 35 years — is now senior chairman.

Eugene Webb Jr, BankPlus’s chief banking officer, was named company president effective August 1. He has worked for the bank since 1996 in a variety of management positions.