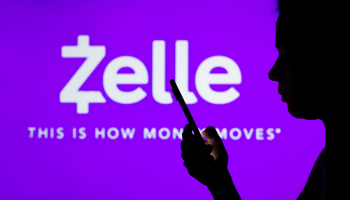 The payments network Zelle is owned by seven United States based banks, and has been under the careful watch of lawmakers. A potential rule may shift the responsibility to the banks when the banks’ customers are subject to fraud.

Presently, in most cases the customer is presently responsible for any income lost if the transaction was initiated by the customer. The number of scams that have happened through Zelle has prompted frequent calls by regulators to push for more responsibility for banks to protect its customers. Both the Wall Street Journal and the New York Times reported on rumors that a bill could come very early on in 2023.

Cash transfers from Zelle are expected to climb to more than 2 billion in 2023, topping about $600 billion, a staggering number compared with electronic transfers pre pandemic. While Zelle is owned by just seven banks, credit unions and other banks helped the network grow to almost 2,000 financial institutions.

One of the key issues in the banking industry is speed of payments while simultaneously preventing fraud that can result in a regular customer losing thousands of dollars in a matter of just a few minutes. The proposed rules would make the receiving bank primarily responsible for the money lost from the transaction. However, lawmakers are still debating what type of fraud would be covered as the scams vary.

The change could potentially threatened the depth of the Zelle membership, especially as smaller banks consider major risk in losing income from the policy. However, the banking industry will likely continue to focus on technology preventing fraud rather than curb payment services as the industry has moved too far down the road to come back to where it is in terms of speed of payments.

Some of the larger banks such as JPMorgan Chase and Bank of America have already started to reimburse customers for certain types of payment fraud, getting ahead of the issue.

Banks will need to stay at least two steps ahead of fraudsters in terms of fraud prevention technology as responsibility grows to the institutions and away from customers.