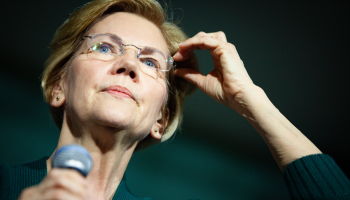 The Federal Reserve and its regional subsidiaries will become subject to the Freedom of Information Act (FOIA) under new rules proposed by Democrats and Republicans.

As well as bringing the banks under the FOIA, the proposed legislation would make the Fed’s inspector general — currently Mark Bialek, who has held the position since 2011 — a presidential appointment, meaning they would be subject to cross-examination and approval by the Senate.

The rules would also stop Federal Reserve banks from blocking congressional requests for ethics information. This follows long-running concerns from Senator Warren and others that former Fed staff traded stocks while helping design the central bank’s response to the Covid-19 pandemic.

Senator Warren said Fed officials had “stonewalled the American people and slow-walked their representatives in Congress” and the bipartisan bill is “a necessary response to ensure that no financial regulators can ignore congressional oversight into ethics failures, and finally deliver more transparency and accountability for any wrongdoing.”

Senator Toomey added: “The Fed and regional Fed banks, despite being creatures of Congress, obstruct congressional oversight inquiries all too often.

“In light of this persistent refusal to comply with reasonable requests for information from both Republicans and Democrats, I’m glad to join with Senator Warren in pursuing reforms that will compel these public institutions to be more transparent and accountable to the American people.”

The full text of the proposed legislation can be found on Senator Warren’s website.