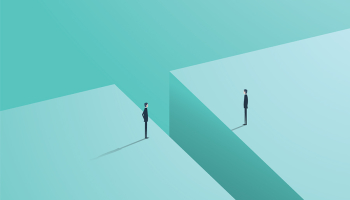 Last year saw a significant drop in the value of M&A deals involving US banks, and this theme is likely to continue into 2023, according to analysts.

Data from S&P Global Market Intelligence shows 167 mergers or acquisitions involving US banks were completed in 2022, with a combined value of $22.6 billion. However, this was down from the 205 deals completed in 2021, which totalled $76.6 billion in value.

The total value last year was the lowest in eight years, according to S&P Global Market Intelligence. Headwinds to dealmaking included rising interest rates that increased borrowing costs as well as economic uncertainty caused in part by the conflict in Ukraine.

In addition, renewed regulatory scrutiny of deals led to some transactions being delayed or even abandoned.

US bank M&A hit a two-year high in June 2021, but shortly afterwards President Joe Biden signed an executive order calling for regulators to give greater scrutiny to such transactions in the banking sector. The move was aimed at strengthening competition and addressing a shortfall in banking services available in some communities.

Such issues are expected to continue to affect dealmaking this year, with analysts telling S&P Global that rising rates and uncertainty around the future path of inflation could make it hard to estimate losses on the various assets that banks hold.

The largest deal announced in 2022 was TD Bank’s $13.7 billion purchase of First Horizon, which was one of several subjected to public scrutiny by US regulators. Seacoast Banking Corporation of Florida’s $470 million acquisition of Professional Holding Corporation, announced in August, was the second largest by deal value.

Several others were valued at more than $200 million, including National Bank Holdings Corporation’s purchase of Bancshares of Jackson Hole in April, Prosperity Bancshares’ acquisition of Lone Star State Bancshares in October, and Peoples Bancorp’s purchase of Limestone Bancorp, also announced in October.