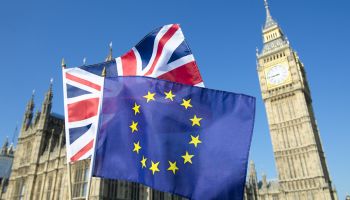 United Kingdom regulators are already speaking with European and United States officials to make sure there is cooperation no matter the outcome of Brexit in order to assure the stability of financial systems. For instance, it was reported last week by a number of news services that the Dutch Financial Markets Authority (AFM) have had extensive discussions with the United Kingdom.

The United Kingdom’s Financial Conduct Authority (FCA) and the Dutch Financial Markets Authority (AFM) have signed a joint agreement to formalize a partnership. Additionally, several banks have already applied for licenses to operate in both countries.

The core of the agreement focused on the seamless flow of operations surrounding fintech and data supervision methods. While politicians are still negotiating, institutions are making inroads in planning for whatever the results may be. Both regulatory bodies are looking to share best practices and training for those effected.

Earlier this year, United States financial regulators agreed with the United Kingdom to a number of measures that would allow London to operate as a major operator of derivatives clearing post Brexit. At the time, Bank of England Governor Mark Carney said, “As host of the world’s largest and most sophisticated derivative markets, the US and UK have special responsibilities to keep their markets resilient, efficient and open.”

Several of these agreements are not contingent on one form of Brexit and would work even if the United Kingdom end up staying within the European Union or come to a hybrid agreement. As a “stay” scenario becomes increasingly less likely, it is crucial for financial transactions, particularly on the institutional side of the banking industry, to be covered by one on one agreements between the United Kingdom and other key countries.

Still, countries such as the Netherlands concede that Brexit opens up the opportunity to capture a greater share of the institutional trading business and thus increase the strength of the banking industry in Amsterdam and Rotterdam. The Netherlands is already known for advanced technology and an educated workforce, and it is difficult to find a Dutch business person that is not fluent in English.