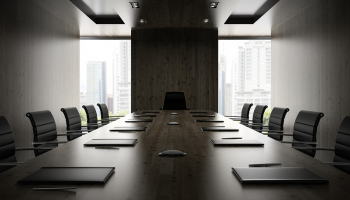 One-third of banks have no board members with technology experience, despite ramping up investments in technology in response to the rapid shift to “more digital touchpoints”, according to new research.

Accenture found that only 10% of all board directors, as well as 10% of CEOs, had professional technology experience, in its Boosting the Boardroom’s Technology Expertise – Focus on Banking report. These data points market a 4 percentage-point rise in five years for directors and 6 percentage points for CEOs.

The number of bank boards that had at least one member with professional technology experience increased by 10 percentage points in the past five years, from 57% to 67%.

This means that one third of banks still had no board members with professional technology experience, the report said.

Accenture recommended that 25% of board directors should have technology experience.

Mauro Macchi, who leads Accenture strategy and consulting in Europe, said: “Much of the disruption brought about by the pandemic has led to a rapid shift within banking to more digital touchpoints, requiring speedy technology investments.”

Macchi added that bank boards should “consider technology expertise as a factor for new appointments, alongside their other evaluation criteria”.

The boards of banks in the US, UK, Finland and Ireland were identified in the report as having higher percentages of directors with professional technology experience than those in other countries, with “sizeable increases” since Accenture’s 2015 findings.

In February this year, a report by Kroll Bond Rating Agency (KBRA) found that traditional large banks are facing growing pressure amid the advances in digital banking within regional and community competitors, as smaller banks boosted their PPP lending capabilities during the pandemic by partnering with fintechs.

KBRA said that larger banks’ ability to invest in technology had previously made it harder for smaller banks to remain competitive.

The Accenture findings, based on an analysis of nearly 2,000 directors of more than 100 of the world’s largest banks by assets, recorded some progress when it came to female representation.

Five years ago, Accenture reported that only 19% of directors with technology experience were women, but in the latest report this figure had increased to 33%.