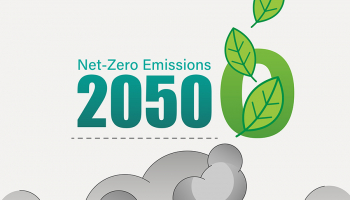 Both indices will measure the performance of a targeted number of largest float-adjusted market capitalization companies designed to be compatible with a 1.5C global warming climate journey.

Excluded companies include those that fail to comply with United Nations Global Compact (UNGC) principles and those involved in ESG controversies.

They are the latest additions to the S&P Net Zero 2050 Climate Transition ESG Index Series, which are aligned with the European Union’s minimum standards for low carbon benchmarks under regulation 2016/1011.

S&P DJI first introduced the index series over a year ago as the S&P Paris-Aligned & Climate Transition Indices (S&P PACT).

Following a series of market consultations, S&P DJI strengthened the indices’ eligibility criteria and added a “Net Zero 2050” clause to the index name to better reflect their stated objectives in measuring ESG performance and alignment with the objectives of the Paris Agreement.

In May, a report by non-profit think tank Planet Tracker revealed the world’s largest index providers, including MSCI, FTSE Russell, S&P Dow Jones and Bloomberg, were being challenged by competitors and their clients, and should prepare for ‘disruption’ driven by rising demand for sustainable investment.

The report cited falling fees, competition from their own clients, and growing demand for consumer choice as the main reasons for the shift.