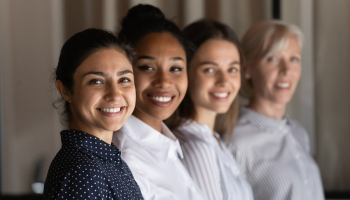 Women make up just over a quarter of all leadership roles at major US banks, according to research by Morningstar.

The ratings agency surveyed 28 US banks and reported that women took just 26% of executive management roles last year, and 32% of board director positions.

This marked an improvement from Morningstar’s first diversity survey of the sector in 2014, when women made up just 18% of executive roles, but masked significant shortfalls in some areas, the rating agency said.

However, just one of the 28 banks surveyed had a female CEO: Citigroup’s Jane Fraser, who was appointed in March last year. In addition, only four banks — American Express, Bank of Hawaii, Comerica, and Fulton Financial Group — had women in 40% or more of executive roles.

Banks should seek to improve their gender balance in leadership teams, Morningstar said, as there was a correlation between gender diverse teams and stronger credit ratings.

“Achieving gender parity is not just the right thing to do but can also translate into profitable business,” Morningstar’s report stated. The company cited research indicating that diversity had also been linked to better corporate stability and profitability.

“The past two years have caused unprecedented challenges and changes in the workforce,” said Khadija Gohar, an analyst in Morningstar’s Global FIG team. “New problems require new and innovative solutions, which makes it even more important for the US banks to tap into the benefits of having gender diverse leadership.”

Morningstar highlighted diversity improvements at JPMorgan Chase, Wells Fargo, Ally Financial, and Regions Financial, all of which had female leaders for their consumer banking arms.