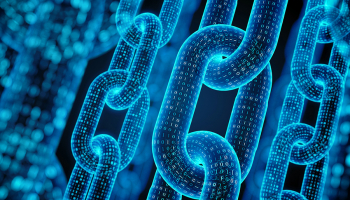 Some of the biggest banks in the US are working together to develop a digital money platform using distributed ledger technology, also known as blockchain.

BNY Mellon, Citi, HSBC, PNC Bank, TD Bank, Truist, US Bank and Wells Fargo are all involved in the project alongside Mastercard and financial messaging provider Swift. It is being supported by the Federal Reserve Bank of New York’s New York Innovation Center (NYIC).

According to a joint statement from the organizations, the “proof of concept” work will “explore the feasibility of an interoperable digital money platform known as the regulated liability network”, or RLN.

The statement said the platform was aimed at improving payment settlements and would include central banks, commercial banks, and regulated non-banks.

The project will take 12 weeks, during which time the RLN design will be tested using a US dollar-based model, although it could be extended to include other currencies, digital assets, and “regulated stablecoins”.

The organizations said that commercial banks involved in the test would “issue simulated digital money or ‘tokens’ — representing the deposits of their own customers — and settle through simulated central bank reserves on a shared multi-entity distributed ledger”.

According to the statement, the RLN will support know your customer and anti-money laundering checks, in line with existing regulations for banks and payments companies.

The results of the project will be published as “an important contribution to the literature on digital money”, but none of the organizations involved are committed to any further work.

The Federal Reserve Bank of New York said the project was “not intended to advance any specific policy outcome”, nor was it indicative of future decisions related to central bank digital currencies.

“The NYIC looks forward to collaborating with members of the banking community to advance research on asset tokenization and the future of financial market infrastructures in the US as money and banking evolve,” said Per von Zelowitz, director of the New York Innovation Center.