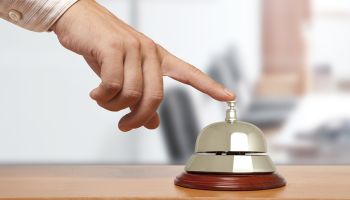 Top performers among the world's leading retail banks are improving operational effectiveness while also becoming more customer-focused than their competitors, says a report by The Boston Consulting Group.

The report covered 18 of the 35 top retail banks in the Americas, Europe, and Asia-Pacific, collectively referred to as “premier league” banks.

• Excellence in organizational and process efficiency.

Making partners of efficiency and service

"The top banks reject traditional tradeoffs and compromises between boosting efficiency and advocating for customers," says Michael Grebe, a BCG partner based in Munich and coauthor of the report. "Many, if not most, of them are developing and deploying digital capabilities to address both sets of challenges."

The most efficient and profitable half of the total field of 18 benchmarked premier-league banks surpassed the premier-league median in client excellence. At the same time, the leading banks have opened a gap with other banks by boosting productivity and reducing organizational complexity, the benchmarking showed.

Collectively, the leaders achieved a cost per customer of approximately half the median of benchmarked banks, while their income per customer was nearly 30% above the median, at more than $1,000. The top-quartile banks dedicated 82% of resources, excluding overhead, to client-facing roles.

Many leading banks are achieving step-change improvements in customer products and services by optimizing their business models, BCG found.

"The leaders have developed scalable models of efficient service," says Christophe Duthoit, a BCG senior partner based in Paris and another coauthor. "They are migrating most low-value transactions to alternative channels, tightly limiting nonclient-facing staff, and streamlining management."

The benchmarking confirmed BCG's earlier findings that retail banks that are the strongest operationally also deliver superior financial performance. Top-quartile banks achieved cost-to-income ratios—a key measure of efficiency and profitability—at or below 40, compared with the median of 54.

Digital engagement of clients with banks is expanding quickly, particularly mobile transactions, which quadrupled. The largest gap between top-quartile and median performers was in the share of online versus branch transactions, BCG found.

Expanding digitization is enabling stronger sales performance in two ways. First, multiple interactive channels please customers by giving them what they want, when and where they want it. Second, digital channels reduce operational costs and boost productivity by requiring fewer in-person, branch-office interactions.

"However, we believe the main challenge for banks, before tackling big data, is to develop 'rich data'—that is, customer information that is complete, current, coherent, and consistent," says Ian Walsh, a BCG partner based in London and the global leader of the firm's retail-banking segment. "Rich data is far more important than external data feeds in allowing banks to extract key insights."