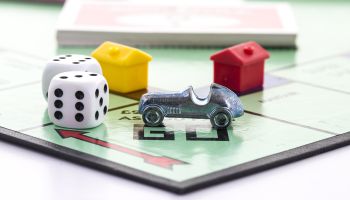 Real hotel finance is no game and you don't get $200 for landing on "Go." But for lenders there are side advantages about trends in the business.

Say what you will about hospitality lending, but it is one of the more responsive industries in our economy and highly predictive of economic cycles.

This dataset was one of banks’ first indications back in 2007 that something was amiss in the economy.

That warning sign is flashing yellow again, and it is causing us to pay a little closer attention to our data.

In this article, we look at hotel sector fundamentals, hospitality loan performance, and what current data is saying about the current economic cycle.

Total supply in the U.S. grew at 1.7% last year, the largest increase since 2010, according to Smith Travel Research. Limited service hotels increased 0.7%, while full-service hotels came in at a smoking 3.9%, the largest increase since the crisis. The better news is that demand also increased more than 2016, as there was 1.3% growth in the number of limited-service hotel traveler room nights and 4.2% traveler growth for full-service rooms.

The net result of this supply and demand equilibrium was a slight increase in occupancy to 65.9%, a 30-year high and materially above the 63.2% peak of the last cycle. 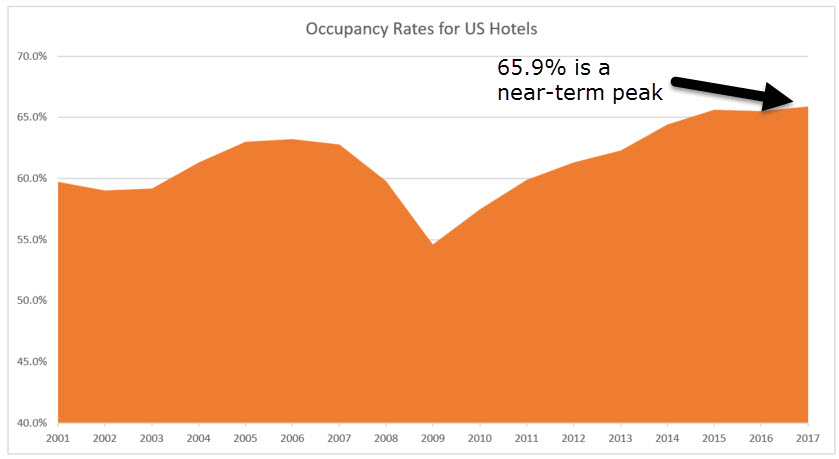 That’s all good news, and it means that hotel fundamentals remain stable. While 2016 brought some doubt to the industry as several key indicators weakened, plus hotel loan spreads increased, 2017, and the start of 2018 has seen a solid performance. As an asset class, hospitality lending has been one of the most successful lending lines in banking both regarding total return and in terms of customer profitability.

As can be seen from our Loan Command Relationship Profitability model (below), a typical hospitality customer currently generates a cumulative lifetime value of approximately $510,000, for an 18% economic risk-adjusted return on equity.

The average probability of default is 2.82%, and the expected loss is 0.56%. Interestingly, given the industry’s stability since 2009, volatility has significantly come down, resulting in a stressed return on equity of 5.9%.

The fact that this number is positive is a testament to the industry’s historical performance and through-cycle outlook. 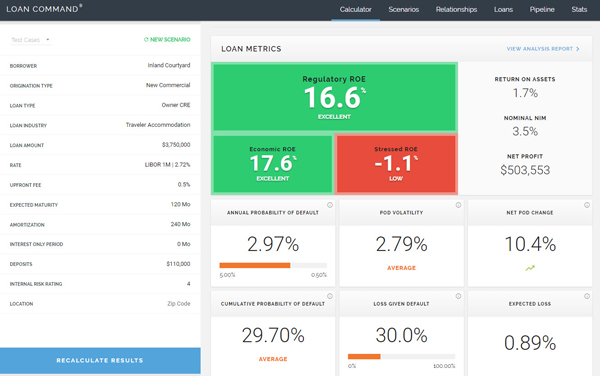 Where non-hospitality lenders should take notice

This is where it gets interesting.

In addition to the basic hospitality lending metrics described above, there are benchmarks that are predictive of economic cycles. For example, revenue per available room (RevPAR) composition is one such indicator.

In the early stages of an economic cycle, RevPAR tends to be fueled by demand-driven occupancy growth. As the cycle wanes, hospitality operators tend to boost room rates, which also tends to stimulate supply. As corrections occur, demand declines, revenues are reduced, and RevPAR contracts. 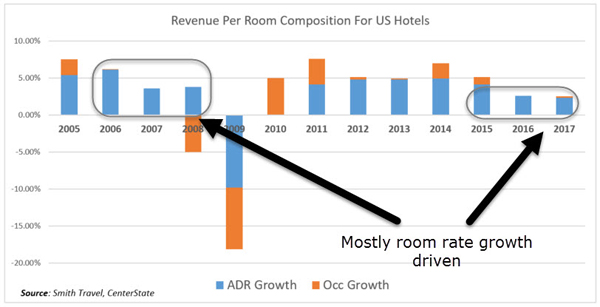 Average daily room rate (ADR) growth now makes up the bulk of the industry’s improvement, which is a warning flag for banks.

Luckily, we see average revenue per room remain at record levels, but we do note that growth is slowing (below). Further, looking at the current pipeline of planned rooms or rooms under construction, we also see new supply slowing.

Some of this slowing was a result of weakening fundamentals back in 2016 and early 2017, so in retrospect, judging from our position in 2018, this is a positive sign for both credit and the economic cycle. Last year, we were at a 15% new room growth rate, and now we are down to 3.5% (596,000 new rooms), according to Smith Travel Research. 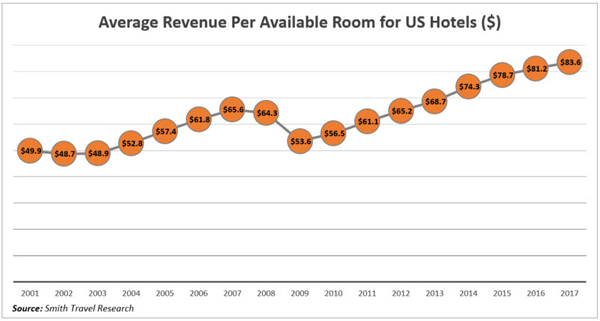 RevPAR, of course, is a function of how well the U.S. economy is doing, plus the strength of tourism.

Because room rates largely reset daily, the metric can serve as a real-time gauge of economic strength. We can prove this by pulling data from Smith Travel Research, the Bureau of Economic Analysis, and JP Morgan to see that hotel RevPAR is 80.4% correlated to tourism into the U.S. and 63% correlated to the general economy.

Other than construction loan performance, this is a better correlation, with more predictive power (cross-validation), than any other observable commercial real estate metric including office, retail, and industrial data sets.

Putting this into action

Industry analysts, notably Smith Travel Research and PriceWaterhouseCoopers, expect RevPar and the average daily room rate to continue to grow in 2018. This should bring bank credit managers some comfort, but as we all know too well, hospitality can be a risky and volatile sector.

Taking a wider perspective, hospitality data has been a strong predictor of future bank loan performance. As such, we will continue to watch RevPAR, ADR, and occupancy levels for future changes.

While the data does not predict a near-term downturn, it does show some signs of weakness and thus merits both increased diligence plus the more conservative management of the hospitality portfolio. Further, some of the signs signal tightening both commercial real estate and C&I underwriting slightly.