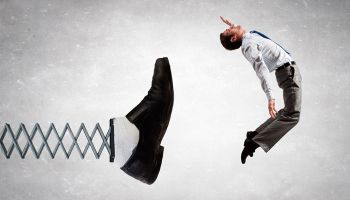 The financial press continues to report on ethical slip-ups on the part of bankers.

Banking is a business both implicitly and explicitly relying on the public trust of bank customers and the banking public to be upright and truthful in the conduct of their business. The many lapses exposed in recent years point to serious deficiencies in the internal cultures of many banking institutions. These have no doubt given a certain credence to Sen. Bernie Sanders' oft-stated campaign comment that the business plan of banks is fraud.

I, for one, am both angered and dismayed that such an attitude seems to pervade the minds of the general public and elected officials. When do we put this behind us?

Lacker’s activities possessed a virtually certain impact on market rates of interest. The "leak" was extremely embarrassing to the Federal Reserve Board. Also, it resulted in a criminal investigation with significant political overtones. Lacker at the time was a voting member of the Federal Open Market Committee.

This week he announced his immediate retirement from the bank.

Contacts between senior Fed officials and the financial press and similar inquirers are not unusual. In fact they often prove useful to Fed decision makers in their understanding of the state of financial markets.

It's also a recognized risk that information not appropriately in the public domain might be inadvertently disclosed or incorrectly inferred by the financial reporter.

Aftermath can be worse than initial sin

In Lacker's case, he confirmed information that the reporter had either already determined or strongly inferred from one or more alternative sources.

It's therefore possible that the leak was not deliberate. However, the more significant "error" was that he was not forthcoming in the investigation that followed about his role in the incident.

I think there are two important lessons to bankers in the facts and circumstances of this case.

• First, the cover up was the greater offense.

There have been many high-profile examples of such cover-ups ending poorly for the person responsible. Two significant historical examples come quickly to mind from the political arena. One is President Richard Nixon's cover-up of the amateurish break-in at the Democratic National Committee's offices in 1972. Much more recently we had the multiple controversies arising during the recent presidential campaign suggesting an evolving version of events relating to Secretary Hilary Clinton's private email server.

• The second issue is that the board of directors of the Richmond Fed acted decisively in removing Lacker, once the board members were in full possession of the facts of the situation.

That's the appropriate action. Yet persistent criticisms of the banking industry suggest that such actions have been relatively rare in response to the severe reputation "hits" that have been inflicted on the industry in recent years.

Accountability is the only true cure

There are a large number of causes as well as prescriptions that have been advanced to fix these many ethical lapses of judgment and willful behavior by many bank employees and agents. Some will no doubt work more effectively than others. But all ideas are at least worth considering as the problem is serious for the individual business enterprises as well as for our future as an industry.

But the most effective antidote to inappropriate behaviors is accountability.

Individuals should be responsible for what they do and what they say. We have lost any strong sense of the idea that actions have consequences. As boss, I can talk until I'm blue in the face about what my employees are expected to do but without any consequences for deliberately disobeying my wishes, expressed or implied, there will be little or no change in behavior.

A couple of years ago, Sen. Claire McCaskill (D.-Mo.), as a member of the Senate Armed Services Committee, upbraided a general testifying before the committee on sexual harassment in the military. The general had been assuring the committee that many more hours of training and orientation of service members would be applied to the problem.

Senator McCaskill was having none of that.

She interrupted the officer.

"No, general,” she said in strong terms. “You don't need more training. You need to make examples of those don't follow the rules.”

I've said many times in my classes and to my clients that the strength of a bank's internal controls depends on the board of directors' willingness to enforce the rules rigorously and consistently.

Only in an environment where behaviors are rewarded and punished can we expect to make real progress on the reputational risks that have tarnished our industry so badly in recent years.

I'm tired of the clichés pumped out routinely in connection with such issues. Among these is "tone from the top" as a prescription for fixing our issues.

The very fact that such a statement conveys so little of what must be done should surprise no one who is serious about trying to fix a very broken fundamental of our business.

Bank leaders need to act decisively and unambiguously in the face of inappropriate and unacceptable behaviors. Anything less sets a new (and lower) standard of behavior within the company. The very fact that the offenses are so pervasive indicates that the problem is deeply rooted.

This is a complex issue.

But it's also one where the remedies are not necessarily obscure.

More in this category: « Politics: Don’t shrink back, but do think Do you want to “work big” or “work small”? »
back to top