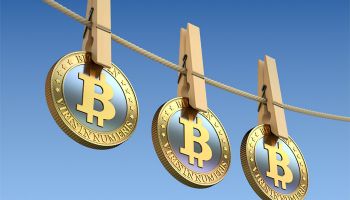 Followers of my postings know that I have been urging AML professionals worldwide to increase their focus—and hopefully, participation—with the Financial Action Task Force (FATF). In 2015 FATF is “must see following” for the entire AML community, whether it is the organization’s many reports and typologies on issues of import (i.e. virtual currency), or the recent series of mutual evaluations that will focus on a jurisdiction’s “effectiveness.”

Last month, FATF completed the third plenary of the Australian Presidency. On July 1, Je-Yoon Shin of Korea and former chairman of the Financial Services Commission of Korea, assumed the Presidency of FATF for 2015-16. As with each new term of the FATF President, there are a new set of priorities. The president presented a paper to the plenary—"Objectives for FATF XXVII") with those goals—both continuations of the previous term, but many new areas of focus and/or points of emphasis.

The key for the AML professional is to review the priorities and keep management aware of the themes, timelines, and potential compliance obligations that may arise from these issues.

No surprise that Mr. Je-Yoon Shin continues to emphasize the countering of terrorist financing through the criminalizing of such acts under law. He also backs utilizing the freezing of assets in certain situations. While these areas are not new, the mention of putting pressure on jurisdictions that do not follow these actions is a stronger and necessary emphasis. A public announcement on a survey to determine the above will be released in October and should have an impact.

Another useful area for all of us will be the commitment for FATF to revise the 2008 Typologies Report on Terrorist Financing. Several issues to be addressed in that report will be on the continued challenges with beneficial ownership identification, money laundering risks through social media, and crowd funding.

Finally, those of us that pine for real partnership with the government have to be excited about the incoming President’s strong statement that:

“Private institutions such as banks, security firms, and insurance companies are in the frontline of AML/CTF compliance and it is important that there is constant dialogue and feedback between the FATF and the private sector.”

A few things come to mind when you review the extensive number of issues covered by a FATF plenary. There are so many areas that are seemingly disparate but clearly connected to money laundering and so many of these challenges are placed upon the private sector.

The ongoing debate on banking non-profit organizations (NPOs) is a strong example. FATF approved a best practices paper on this area and cautioned banks not to “derisk” NPOs or categorize all as high risk just because they utilize cash and are located in areas of heavy humanitarian need.

Valid points, to be sure. But probably the most useful statement in that document is that it is “good practice for countries to work with their financial sector and supervisory authorities to foster a mutual understanding of what constitutes appropriate implementation of a risk-based approach and work towards facilitating financial inclusion objectives.”

Sadly, not really happening now. But perhaps dissemination of this paper will help.

Another needed resource was the approved “Guidance for a Risk-Based Approach to Virtual Currencies.”

FATF points out that their members support financial innovation but money laundering risks need to identified and mitigated.

Virtual currency—Bitcoin and its brethren—is an area in clear need of focus and active discussion.

It always amazes me that the rationale for some for this technology appears to be distrust of traditional banking, and not simply a thirst for efficiency.

For me, I am glad that FATF (and many of its members) are actively researching and learning the most they can about virtual currency vulnerabilities.

De-risking: Let your voice be heard!

The FATF plenary also continued to grapple with de-risking as it applies to certain types of entities such as MSBs and the negative impact the risk fear has on correspondent banking.

Related to that is an opportunity for the financial sector to provide information to the World Bank on a survey it is conducting. This is through the G20 Global Partnership for Financial Inclusion (GPFI) Sub-group on Markets and Payment Systems, for banks, money transmitters, and governments of G-20 countries that specifically address bank account closures of money transmitter accounts that could affect international remittance flows.

*Change Partners—a 1971 Stephen Stills song; Stills is considered a top notch guitarist and Rolling Stone has him as 47th all time.

More in this category: « "Eight miles high"* “I’ve Seen All Good People”* »
back to top