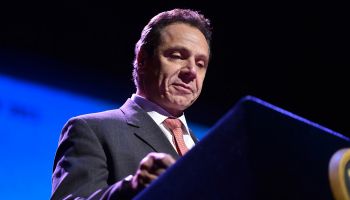 New York’s Gov. Andrew Cuomo backs a major new anti-money-laundering initiative in his state that could hit bankers as individuals. Blogger John Byrne thinks the proposal will do more harm than good.

One of the benefits of being involved in the AML community for so long is that one gains the ability to sense when the ebbs and flows of this environment are headed in a certain direction.

Way back in 1984-86, we saw the creation of U.S. laws regarding criminalization of money laundering and increasing recordkeeping and reporting to detect the movement of illicit monies. In the President’s Commission on Organized Crime report called the “Cash Connection,” the commission said:

For the most part, until recently, all parts of the AML community worked together and respected the various roles all played in this important mission.

True, there were a few times where the debate would grow heated. But most were resolved by working together and negotiating—even if everyone did not get what they wanted.

New York: pioneer or a symptom?

Now we are in a chaotic time where policy makers chastise the financial sector for its customer base; constantly warn the AML community of the myriad of risks in certain countries, products, and entities; and somehow are surprised when compliance professionals feel as if their heads are on a swivel.

Sadly, lines appear to have been drawn and constructive dialogue really doesn’t occur.

By now you should know that the New York State Department of Financial Services is proposing new anti-money laundering (AML) and counterterrorist financing regulations that will require banks chartered in NY or foreign banking corporations licensed to operate there with specific transaction monitoring and filtering program requirements and an annual program certification.

Gov. Andrew Cuomo said in a statement that:

“Global terrorist networks simply cannot thrive without moving significant amounts of money throughout the world. At a time of heightened global security concerns, it is especially vital that banks and regulators do everything they can to stop that flow of illicit funds."

No one argues that point—or has ever.

Indeed, the financial sector, along with its law enforcement partners, have worked together for 30 years on attacking drug trafficking, terrorist financing, human trafficking, and many other major financial challenges.

This proposal also calls for the appointment of a “Certifying Senior Officer,” who will have to sign an annual form that will “certify” the financial institution has a robust and comprehensive AML program.

Has anyone talked this out?

Clearly there has been no constructive dialogue here prior to proposing these changes.

Had there been any talk, someone would have pointed out that many financial institutions that have been proactive in spending resources on problems such as human trafficking, elder abuse, threat finance, and the like may now have to reconsider that expenditure.

Why? Because those volunteered activities could divert attention from other program requirements and perhaps place the “Certifying Senior Officer” in regulatory harm’s way or worse (i.e. criminal penalties).

To state more that should be obvious, there will be very real potential for massive de-risking of any account that could be questioned. That will, of course, further exacerbate the financial inclusion struggles both domestically and world-wide.

I’ve worked within the regulatory comment process for many years. So I found it rather surprising to note phrases such as “easily understandable documentation” and requirements with transaction monitoring systems to “assess the continued relevancy” of detection scenarios.

There is much more in the rather short proposal for AML experts to dissect, question and comment. So I would simply say the proposal is open for 45 days—have your say now, while you can.

Here is what one AML veteran told me:

“In many banks compliance does not even directly control the monitoring and IT systems related to AML because various ‘operations’ or shared services groups have taken these things over. John, I would never sign this document.”

ACAMS prides itself on being “agnostic” on legislative and regulatory proposals but we are strong advocates for the entire AML community.

It appears to this long-time observer that just perhaps this is a solution in search of a problem—with extensive collateral damage as a very real possibility.