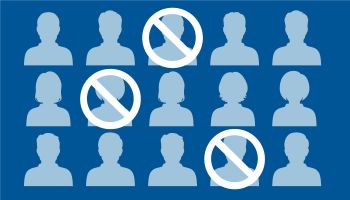 We have covered this before—and sadly may have to continue—but there is probably no greater example of what is wrong with communication, policy, and regulatory oversight than de-risking.

I have said many times why this issue remains with us. Stakeholders talk past each other. They argue about semantics. And they simply don’t listen. But hope lies on the horizon if we can both understand the collateral damage of non-action and drop our guard that prevents constructive dialogue.

Earlier this month, we began that process.

Talking it out face-to-face

ACAMS was proud to co-host with the World Bank a “Stakeholder Dialogue” on the state of risk management in today’s AML environment that has resulted in the loss of financial access in correspondent banking, nongovernmental organizations, or charities; money service businesses; and other entities labeled as “high risk” by governments, international standard-setting bodies, and policy makers.

The event was closed to the press, invitation only, with a guarantee that all participants would be free to engage in information-sharing without comments being attributed to any one individual. (Our non-U.S. colleagues call these parameters the “Chatham House Rules.”) In any event, we plan to issue a report, and to host follow-up webinars and future in-person meetings to address this global problem.

What can we report at this point in time?

Clearly much more listening needs to occur and fewer arguments about definitions.

For example, some want to say that de-risking only refers to wholesale exiting of categories of accounts. That characterization fails to acknowledge that this actually rarely happens. Nor does it help the de-risked entity who has lost access to a well-run financial institution because of a broad statement by an examiner or a media story, despite a solid due diligence program by any objective assessment.

Others limit the problem to a pure cost decision by a financial institution and don’t accept that there can also be a risk mitigation dilemma for the compliance department.1

We have to recognize that all of these are part of the problem—as well as the somewhat bi-polar nature of this environment. Regulators have been known to beg banks to retain accounts right after other parts of the same government have said that certain categories of customers are high risk.

Our event also, for the first time, included the law enforcement stakeholders who lose valuable intelligence and data when financial institutions exit or refuse to on-board accounts that could be better monitored by those institutions.

The unacceptable alternative is that high-risk customers will head underground or to institutions that are less able to monitor or surveil possible suspicious activity.

(A side note: I was at another event recently where a government representative spent a good deal of the presentation warning smaller banks about taking on high-risk customers—calling it the opposite of de-risking. While a valid point, offering no advice on how to handle those customers is counterproductive.)

This very real outcome needs to be part of any debate or dialogue on root causes  and possible solutions to de-risking.

The ACAMS-World Bank dialogue allowed for discussions on what might constitute proper due diligence for banks to rely on, how financial exclusion can result in loss of life (charities without necessary funding), and the need for regulatory clarity. Compelling, real life examples were discussed and we hope the candor will force all involved to rethink how to create a practical strategy.

Guide to the future

Debating definitions will never assist in moving past arguing about the problem.

So after this, why would I be optimistic?

For one, the stakeholders are sincere in their desire to protect society from the movement of illicit funds to commit further crimes. While there are mixed messages, concerns about potential consequences, and some finger-pointing, the AML community has shown we can succeed when problems reach a certain level.

That time is now.

*Let’s Work Together is a blues song written by Wilbert Harrison originally in 1962 as “Let’s Stick Together” and covered to mild success by Canned Heat in 1970.

1A recent report, Drivers And Impact of Derisking commissioned by the UK’s Financial Conduct Authority on the drivers of de-risking found, from some banks they interviewed: “We heard that derisking is partly a result of the higher costs of compliance and the increased amount of regulatory capital now required, and partly a response to criminal, civil and regulatory actions. These include regulatory settlements, including Deferred Prosecution Agreements (DPAs), especially those reached in response to AML/CFT failings.”

More in this category: « “Keep Mediocrity at Bay”* Brexit Blues: “We Don’t Need No Education”* »
back to top