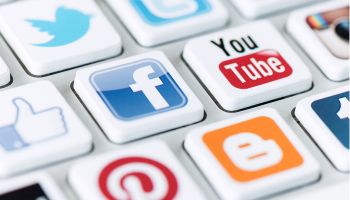 Pinterest is more than recipes and funny photos. It now has established itself as force to be reckoned with. The Fed is on Pinterest. Yes, it’s true, amazingly true! The Federal Reserve Bank of Kansas City leads the Federal Reserve social media pack with a Pinterest site. But wait, there’s more. The Federal Reserve System has an app. Shut up! I never thought I would be writing a blog about this, but it’s all true.

Here’s the recap. There are 12 Federal Reserve Banks and of course the Big Kahuna—the Board of Governors in Washington—for a total of 13 entities. All of them have official videos on YouTube, 12 are on Twitter, 11 have Facebook pages, five are on LinkedIn, one is on Pinterest, and one has a smartphone app.

To the app… the Federal Reserve System Board of Governors smartphone app (Android and iPhone) it impressively basic. Creatively titled “The Fed,” it links each of the 12 Federal Reserve Banks. The “What’s New” button is in essence the info page for public testimony and a limited set of videos. The app also has a video about the Fed and a Twitter account.

Looking back five years ago, I would guess that none of us ever thought that The Fed and the Federal Reserve System would be this far into social media. And it’s growing. Recently the New York Fed announced its official Facebook page. Included in the announcement was the acknowledgment that the august body housed in its medieval fortress-like headquarters on Liberty St. it wanted to better communicate and engage the public it serves. All good!

The central theme is the recognition by the Fed of social media as a relevant space and important tool that can be used to reach out and communicate. What you see on the websites, Facebook, Twitter, Pinterest and the smartphone app is only the beginning. We must point out however that the Cleveland Fed is the only Fed Bank that is missing from Facebook and Twitter space, but I am certain they are not far behind.

Social media is real and integral to the lifestyle of the Digital Native. The need to establish a social media presence is critical to remaining relevant. More importantly, the message you send to the Digital Native by not being there is the same message they’ll send to you. Your absence is equal to theirs!

More in this category: « “It’s kind of a BIN deal” Checks and cash “Not Accepted”! »
back to top